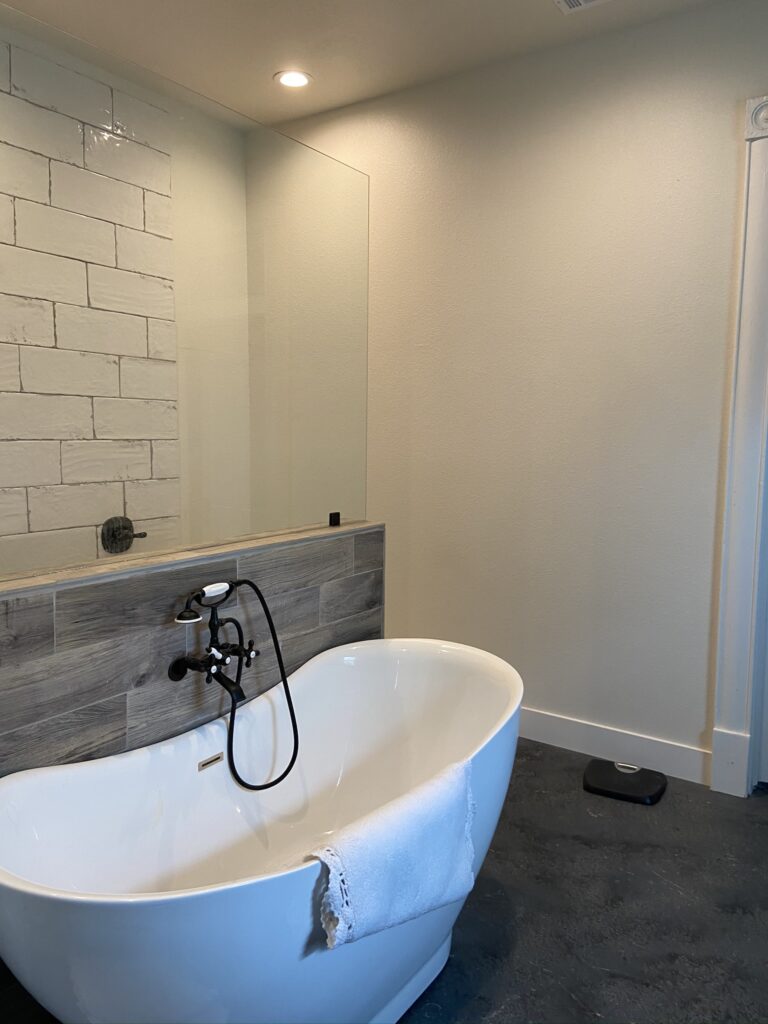 I am 53 years old and I need to go to the eye doctor.  It used to be that I had trouble with distance vision.  Now, I can’t see at a distance.  I can’t see up close, and I benefit from lenses that help me see at the mid-range distance.  It is an enormously frustrating part of getting older.

Unfortunately, I can see well enough to know that there are huge stacks of lumber in our backyard.  I can clearly see that the mess is horrendous.  And I can see all of the possibilities and those endless possibilities prohibit me from burning everything in one big pile.

This is the year that those piles of lumber we salvaged and have been saving for re-purposing will finally be used.  This weekend, we focused on the accent wall we have been planning and used the boards that formed the original roof of our 1846 dog-trot house. 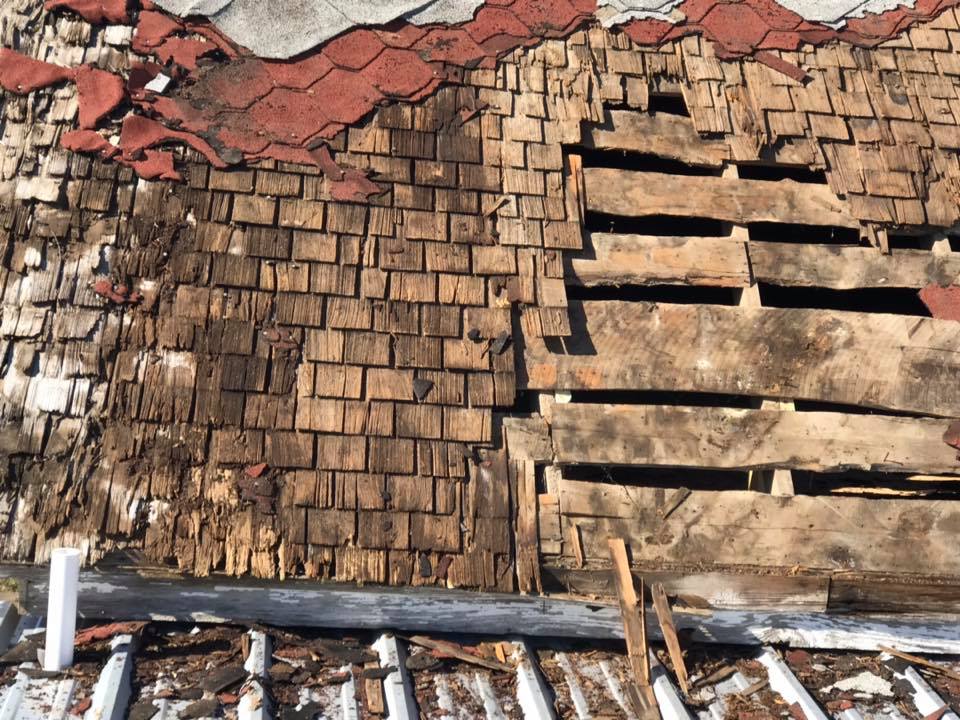 The boards were nothing more than slices of trees that had been nailed up with square nails and then had wood shingles (and a few layers of asphalt shingles) nailed to them.  They were filthy and nail-ridden, but they were interesting.  I said we should keep them and so they were stacked, full of nails on the cement pad by the shed where they have patiently waited for me until this weekend.

Before we could use them, I needed to select boards that were long enough for our purpose and then prep them.  Removing the nails was the first task.  I pulled round nails first and then pounded in the square nails, bending or breaking off the back ends so the boards could be sanded and installed flush on our master bathroom wall.

There were a lot of nails.  On average, each board had more than 140 round nails to deal with (I know…I counted multiple times). 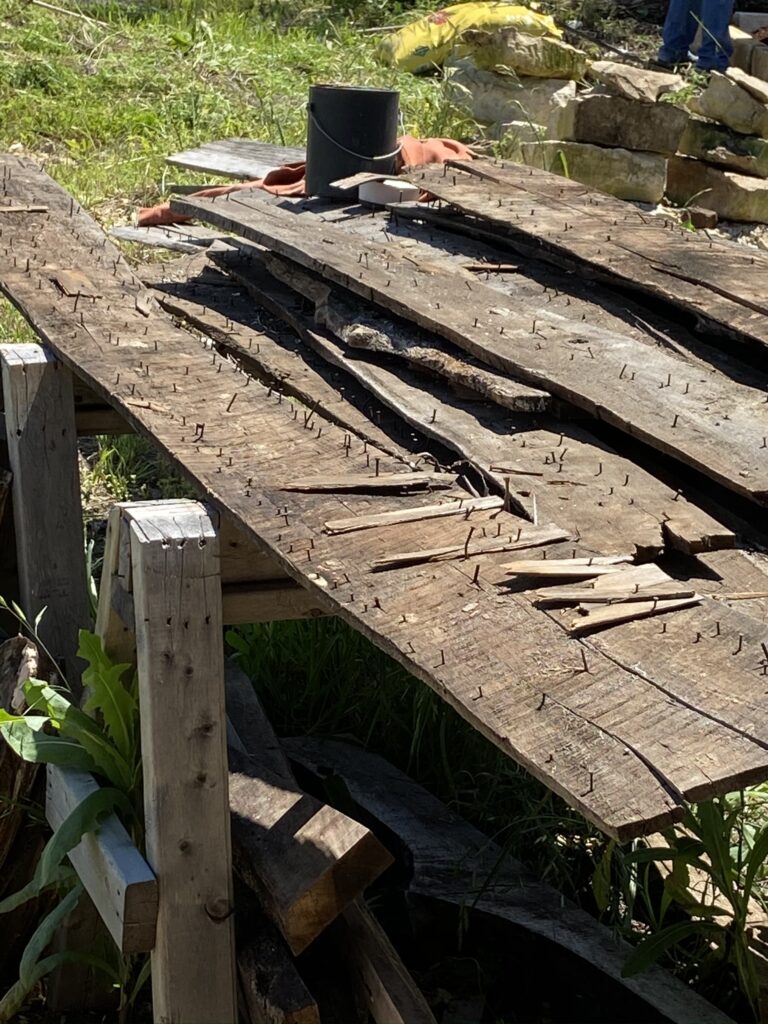 I then lightly sanded them with 80 grit paper.  The plan was to knock off the dirt and some of the roughness.  I really wanted the marks from the saw blades to remain.  I opted not to finish the boards.  They are beautiful and I don’t think I could have added to their beauty.  We were hoping that the wall would look like a log cabin/old lumber.  Finishing the wood would have detracted from it. 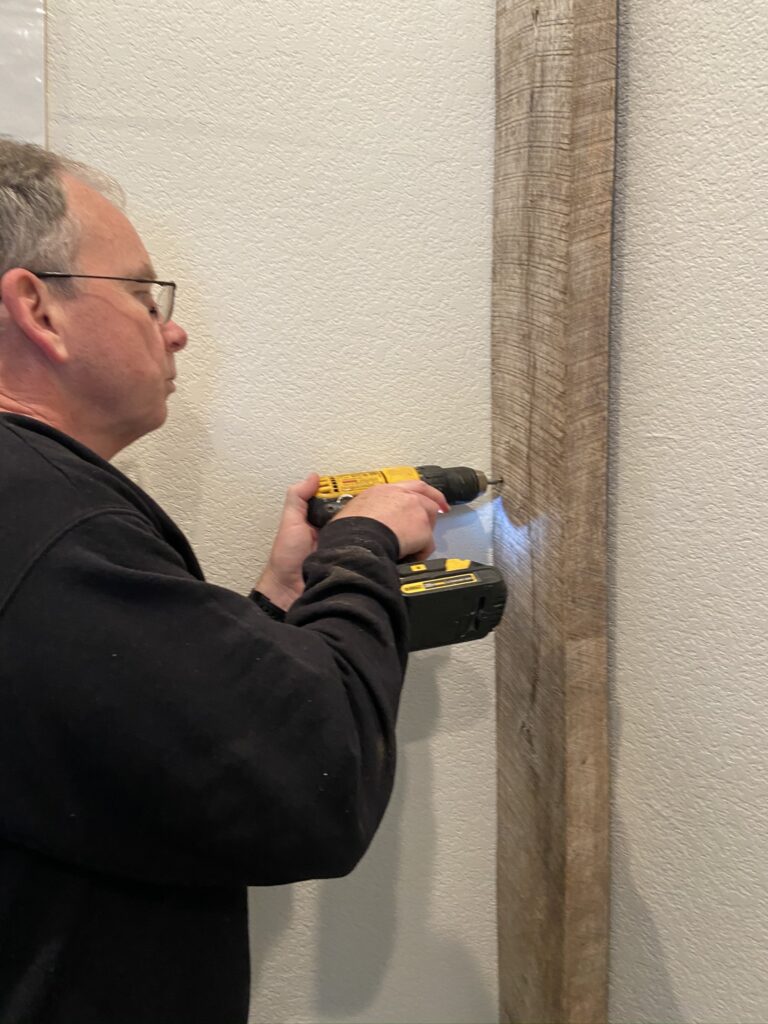 Installation should have been easier than it was.  The plan was to use two of the old floor joists on either side and fill in with the roof boards.  Jerry pre-drilled holes and then attempted to install huge screws into the studs.  They were magic studs, alas, and they disappeared repeatedly.  He struggled to get the screw to catch and secure into them.

We decided, after a broken drill bit and more than a few failed attempts, that we needed longer screws.  We had enough in the joists to hold them in place and began to install the roof boards. 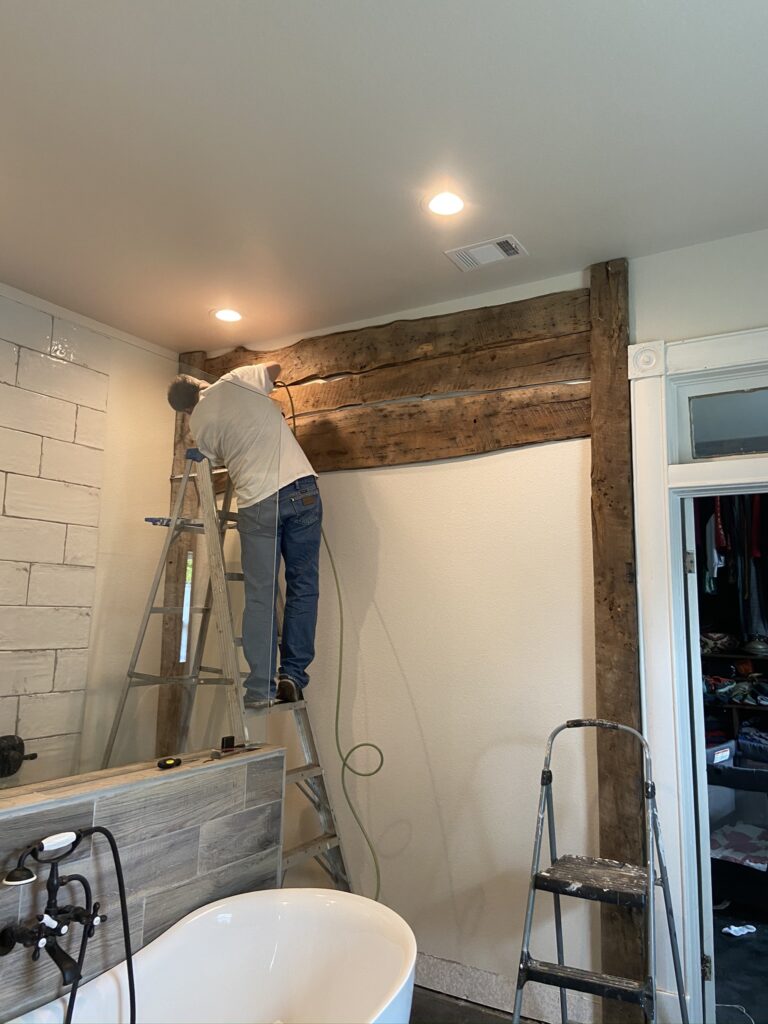 One of the best parts of remodeling is all of the unforeseen tragedies that you have to endure and overcome.  In the middle of this installation, our Hitachi nail gun died.  It was more than a little sad.  I had bonded with that gun during our countless hours together.  For it to up and die in the middle of this project and in the middle of a Corona Virus quarantine was absolutely inconsiderate.

Jerry and I headed to Lowe’s in spite of swearing that we weren’t going to get out in order to purchase a new nail gun and get those longer screws we needed to secure those heavy floor joists to the wall.  I suppose we were more at risk of getting brained by one of them falling off the wall than we were of being exposed to anything during our 5 minutes and 1 second spent in the store. 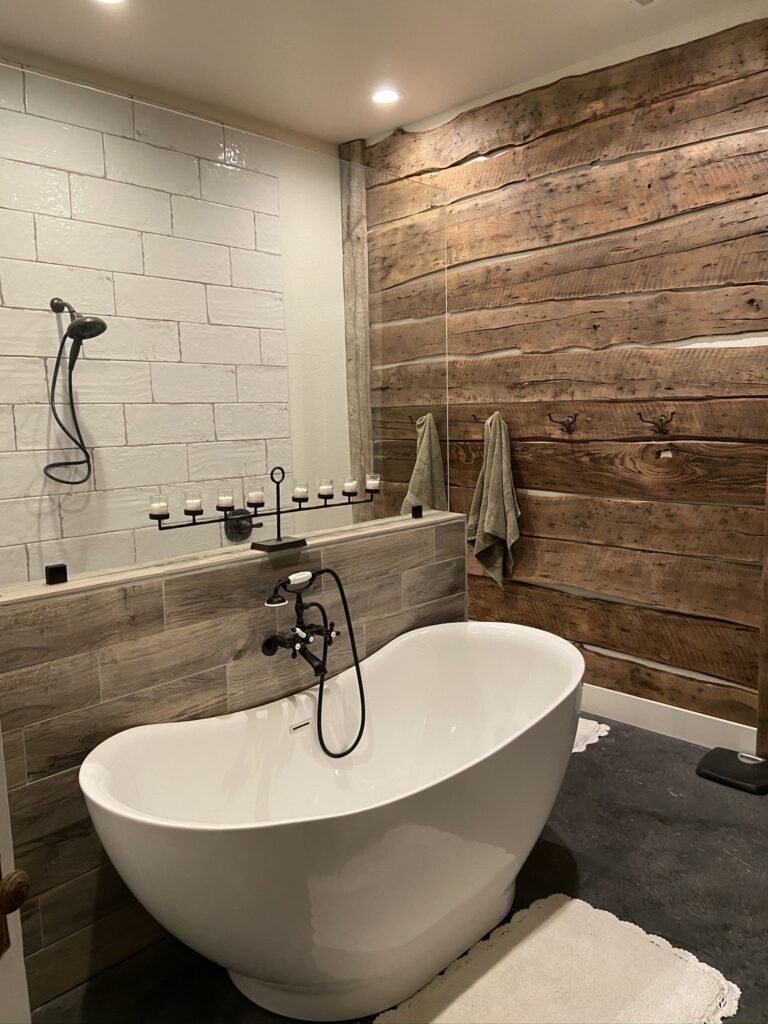 It has always been the vision that this bathroom (and the addition to the house) have character.  We wanted it to feel like an old barn and, while we have lived here for over a year now, we are just now being able to add all of the little touches that bring this vision into focus.  The bathroom feels cozier than it did before.  It has an old-world charm to it and it just feels so much different than it did.

I am hoping, eventually, to find a couple of distressed, white shelves to place on the wall in order to add some height and some color as well.  I love the sage green towels, but think that a couple of splashes of color on the shelves would improve the look as well.