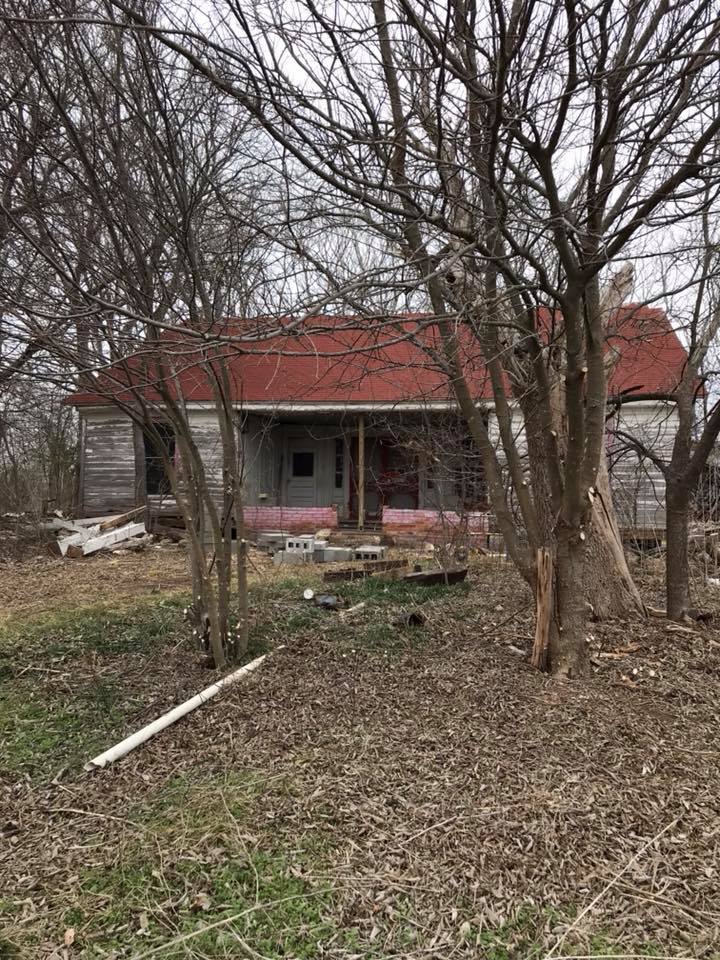 Yes, it had stood for 173 years or so, far outlasting any homes that are being built today.  So how do  novice DIYers determine that there were structural issues that needed to be addressed?  Easy…

Chains Were Pulling the Front Porch Towards the House

In the center hallway ceiling, there are two tiny notches.  They are barely noticeable, in fact.  A quick trip into the attic revealed their secret.  The chains attach to the front of the house were strung to the support structures in the attic.  This was a huge clue that something had gone terribly wrong in the distant past.  It appeared the front porch and two small pens on the front of the house were pulling away from the house and the chains were pulling it back.  Now, we don’t know a lot about 1846 construction methods.  Maybe it was a structural design element.  We, being researchers, looked for evidence that would support one theory or the other.  Evidence like:

Bailing Wire Was Used to Hold  Ceiling Supports In Place 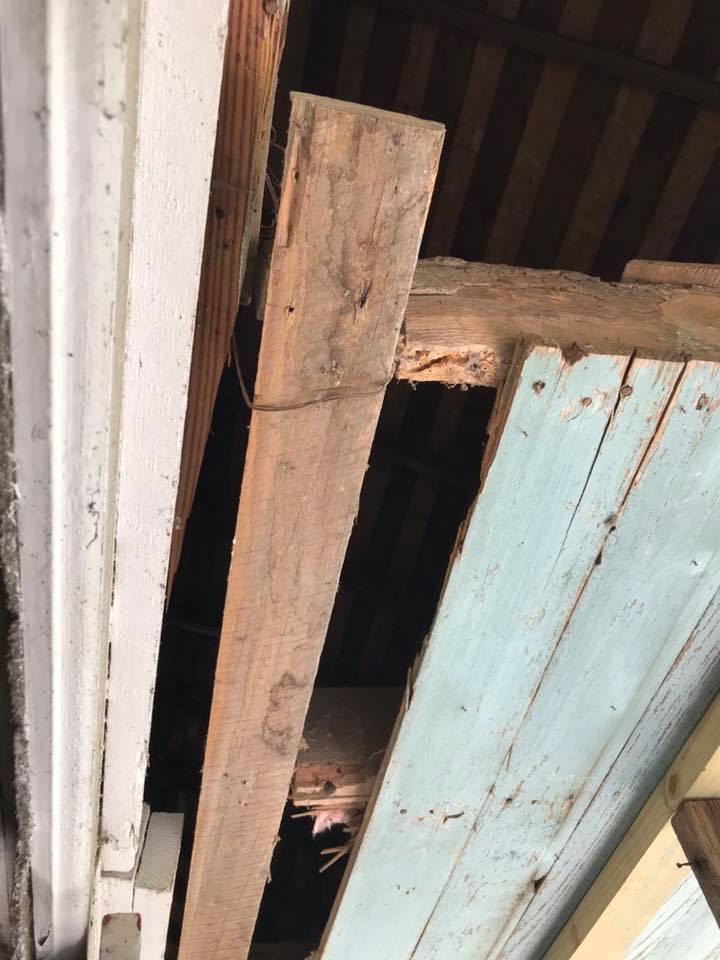 We believe that the chains were proof that there was/had been a problem and that a solution had been implemented.  Further evidence of repair work was the front porch was the above photo.  You can see that a couple of things have happened.  The first is that the support board for the ceiling joists is now being held in place (and yes, dangling in space) by a piece of bailing wire.  And if you look closely, you can also see that there have been several boards nailed to the front of the house.  This, we believe was an attempt to close the growing gap between the house and the ceiling joists.

Ceiling Joists Were Not Touching Supports 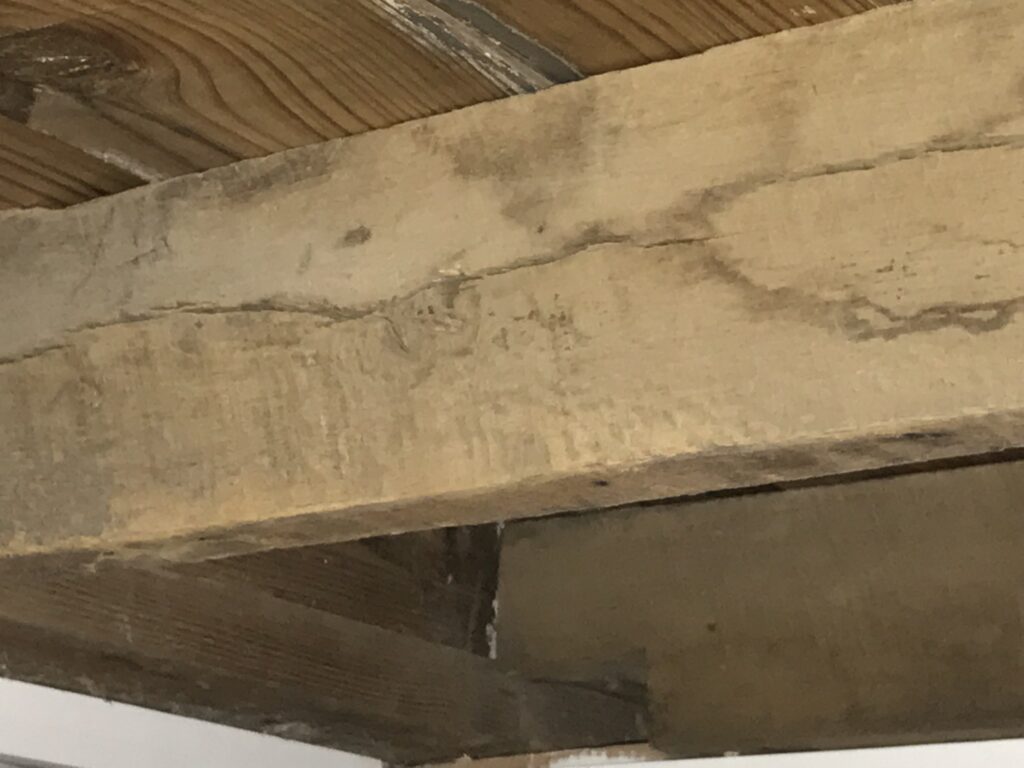 As mentioned above, we lengthen the ceiling joists on the front porch.  We briefly considered pulling the front of the house back into place with a come-along, but that was infeasible.  This Herculean feat would have caused the front walls to kick out and fall off the sill logs.  There was also nothing stable enough to use as leverage.  It was a great solution…you know, putting things back where they were mean to be.  Alas, that is not how old house renovations go.

So what did we do?  On the front porch, we sistered longer boards and created longer joists that reached their support board.  The original one.  We removed all the subsequent boards that had been nailed to the front of the house as extensions. 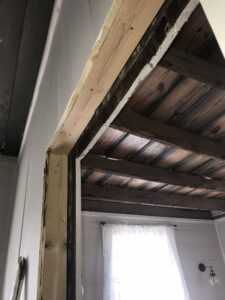 However, another issue was that the center wall that runs roughly north to south, carried the weight of two ceilings on it.  That may not have been an issue if the wall had not been made of 1″ thick boards nailed in place vertically.  They were bowing like mad under the weight of the ceilings.  We opted to construct a weight bearing wall directly over the sill log on both sides of the house.

In the photo to the left, you can see both the load bearing wall and the amount of bowing that was happening with the original, thin planked wall.

Beyond the obvious benefit of the house not falling down, the new stud wall provided another benefit.  We were able to run electrical in these walls allowing for more plugs and switches to be in convenient locations.

With this problem solved, we continued with the renovation projects, confident that the load of the roof was managed and that the house would maybe last for the rest of our lives.