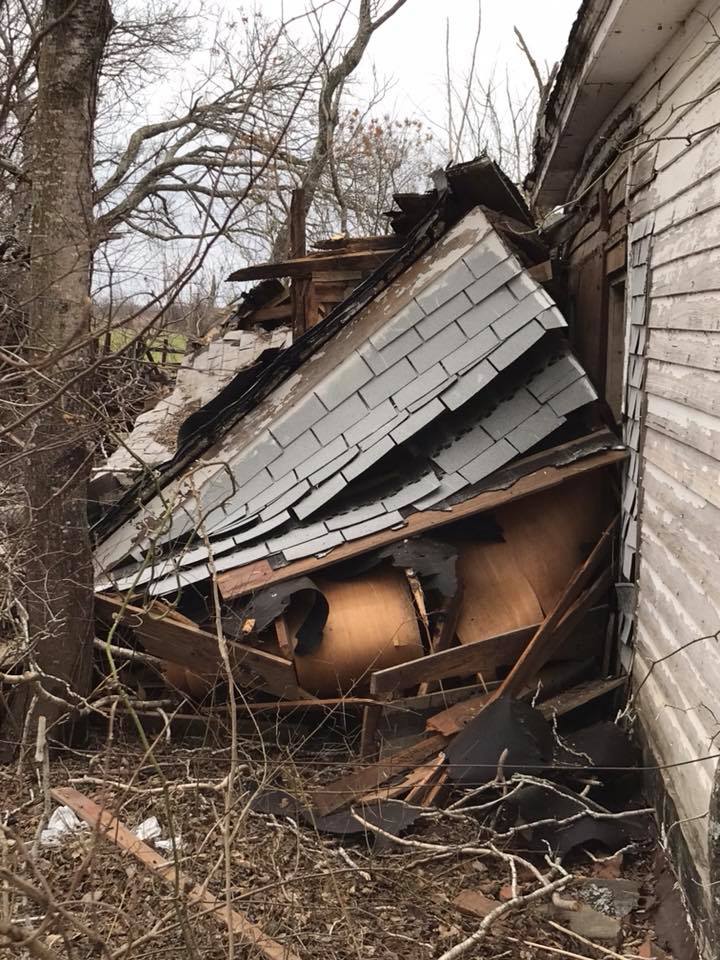 Oh! The Irony of the Shed

We needed to remove the attached shed on the back of the house.  Along with the chimney removal and emptying the contents of the house, this task had to be accomplished prior to the arrival of the house leveling crew.  We had a weekend to get this done.  Easy, right?  Ummmm, well…

One of my biggest fears during the three and a half years we spent waiting to purchase the house was that something would happen to it.  It would burn down or a storm would blow it over or the decaying process would finally render it un-salvageable.  In short, I thought it would fall over at any moment and this fear didn’t ease at all once we started working on it.  If nothing else, it intensified.

The non-original shed on the back proved that these fears need apply to it.  It was a lean-to shed, sitting on a concrete slab that had to be removed before the levelers started working.  We pulled the two chimneys down the third weekend in January and promptly began Project Remove Attached Shed. 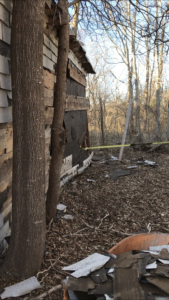 We emptied the shed of its contents.  Well, most of it.  There was a lot of rotten debris on the shed floor and we decided we could shovel all that up with the remnants of the shed once it was down.  We removed all the pretty wood on the exterior, saving it for later projects.  It was then time to pull the thing down.

On the back side of the shed were two trees growing very near the wall.  We thought we could just pull it down around them.  After all, the entire house was on the verge of collapse.  The shed should practically fall down if we blew on it, right?  Turns out that the house had some surprises when we tried to remove the attached shed.

Bringing Down the Shed 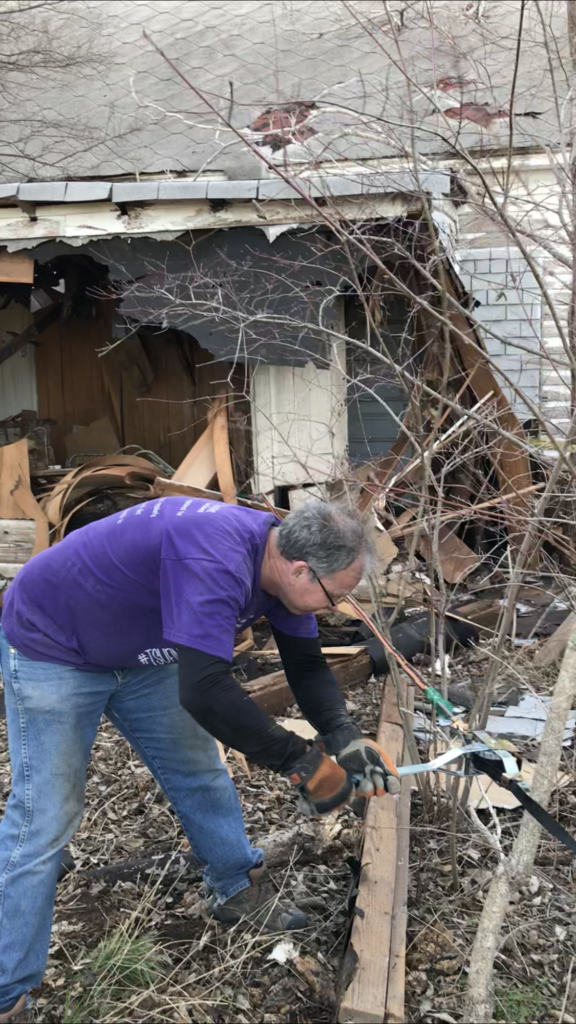 In order to get started with the removal of the attached shed, we cut the studs with a chainsaw and then attached a come-along to it.  The plan was to just pull it down.  Using the larger trees in the back yard, we (mainly Jerry) worked the wench (not me).  We attached it in several places and pulled the shed as hard as we could.  I have several hilarious (to me, not necessarily to Jerry) videos of him working the wench to no avail.  The shed would creak and pop but would not come down, dang it.

Finally, it did give way.  If we ever had to do it again, I think I would go for striping more off of the structure before we started tugging.  If we had removed the roof and all of the siding, we may have had a better shot at cutting more of the support structure.  Then again, we didn’t do that because we thought the danged thing was going to collapse at any moment anyway.

The big lesson that we didn’t know we were learning, but would soon come to understand was that every project we were planning on doing was going to be more difficult than we thought and take longer than we ever planned.  At least that much held true for the entire project.