After emptying out the center hallway and the front porch, we moved further into the house.  The center hallway had been modified, having the large opening on the back of the house closed and a single door installed.  The door opened to a fairly large storage closet and yes, it was full. 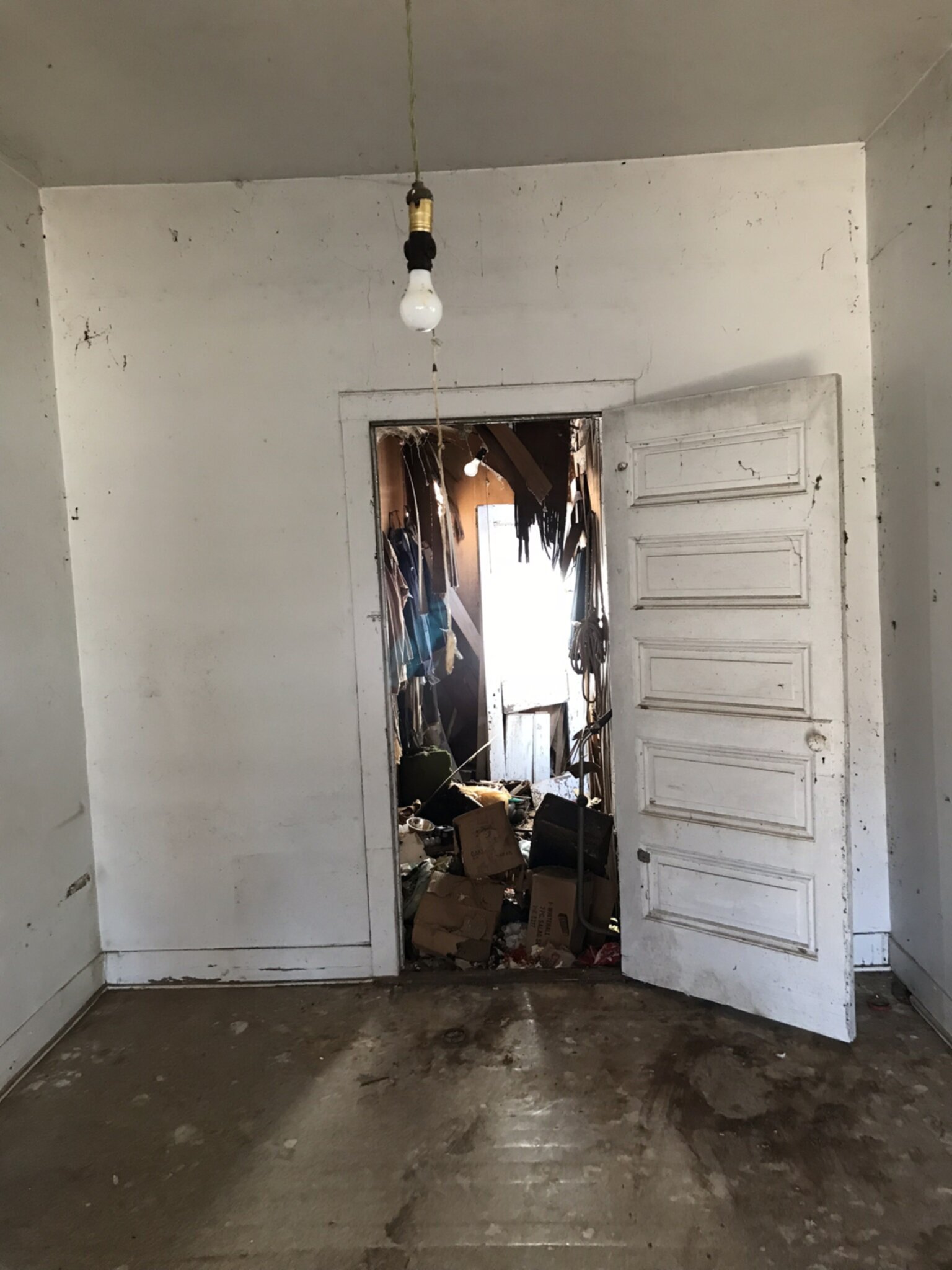 How full was it?  Pretty darn.  And to make matters worse, the ceiling had partially collapsed leaving the contents exposed to the elements.  Translated, the critters had full range in here (heck, they had full range everywhere) and the rain came in with abandon.  All this equated to a right royal mess of rotten stuff.  Take a look for yourself… 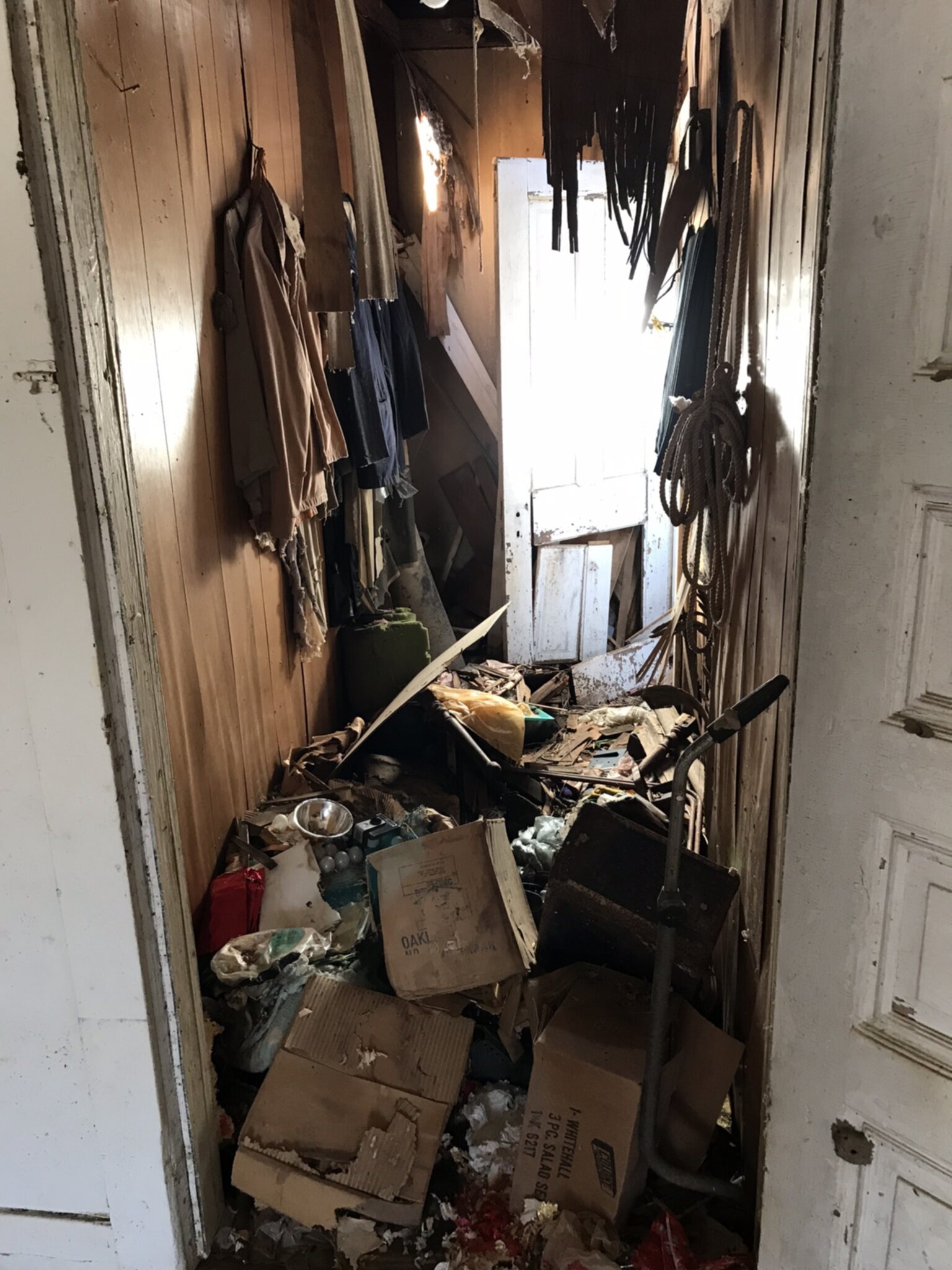 We did, much to our amazement, find a couple of things in here that were treasures.  James and Isabella’s daughter, Jeanette Wood Ward, lived in the house after her parents.  She and her husband had two children who died very young.  In this closet, we found a memorial wall hanging with their names on it.  While emptying out the center hallway closet, we also found a pastel portrait of a young boy whom we believe to be their son, James Ward. 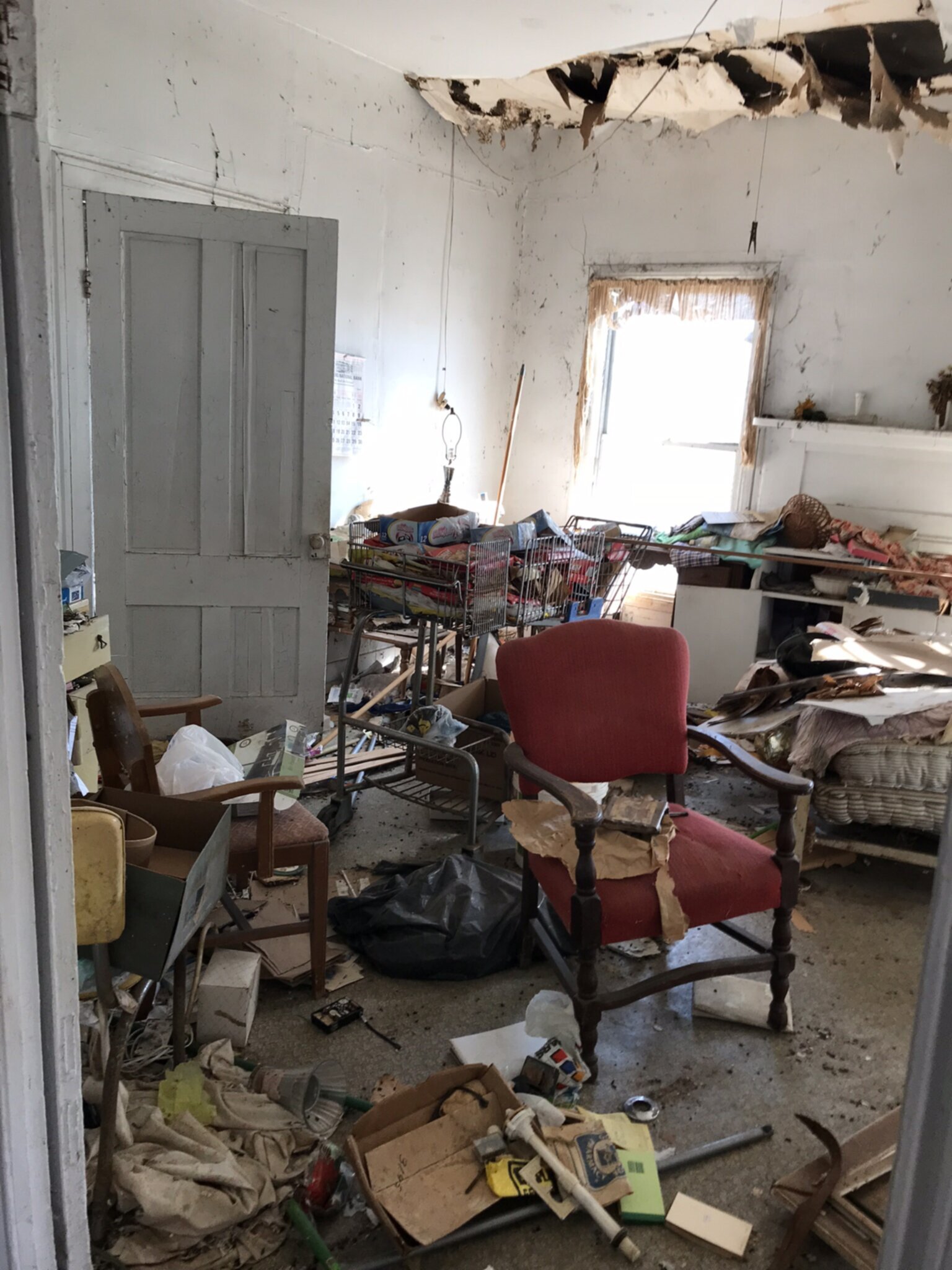 The contents…it was full.  Bed, sewing machine, a couple of chairs, a dresser with mirror, two chests of drawers, a refrigerator, a shopping cart with empty TV dinner boxes are the most memorable items.  Oh! and a mummified rat was found behind a cupboard.

There wasn’t much to be saved in this room.  The furniture was in terrible shape.  The fireplace mantle is the original, but covered in white paint.  The floors were covered in linoleum.

The windows in the south pen had been replaced with aluminum ones sometime in the past.  No problem as we figured that all the windows would have to be replaced.  Fortunately, in the south pen was an original wooden window that opened to the front porch.  This window had been shielded from weather and was in descent shape.  It would need new paint, new glazing, and a couple of new panes of glass.  All doable.

The sheet rock was falling from the ceiling and we hoped that this meant it would all be easy to remove.  We did wonder what might be under it!