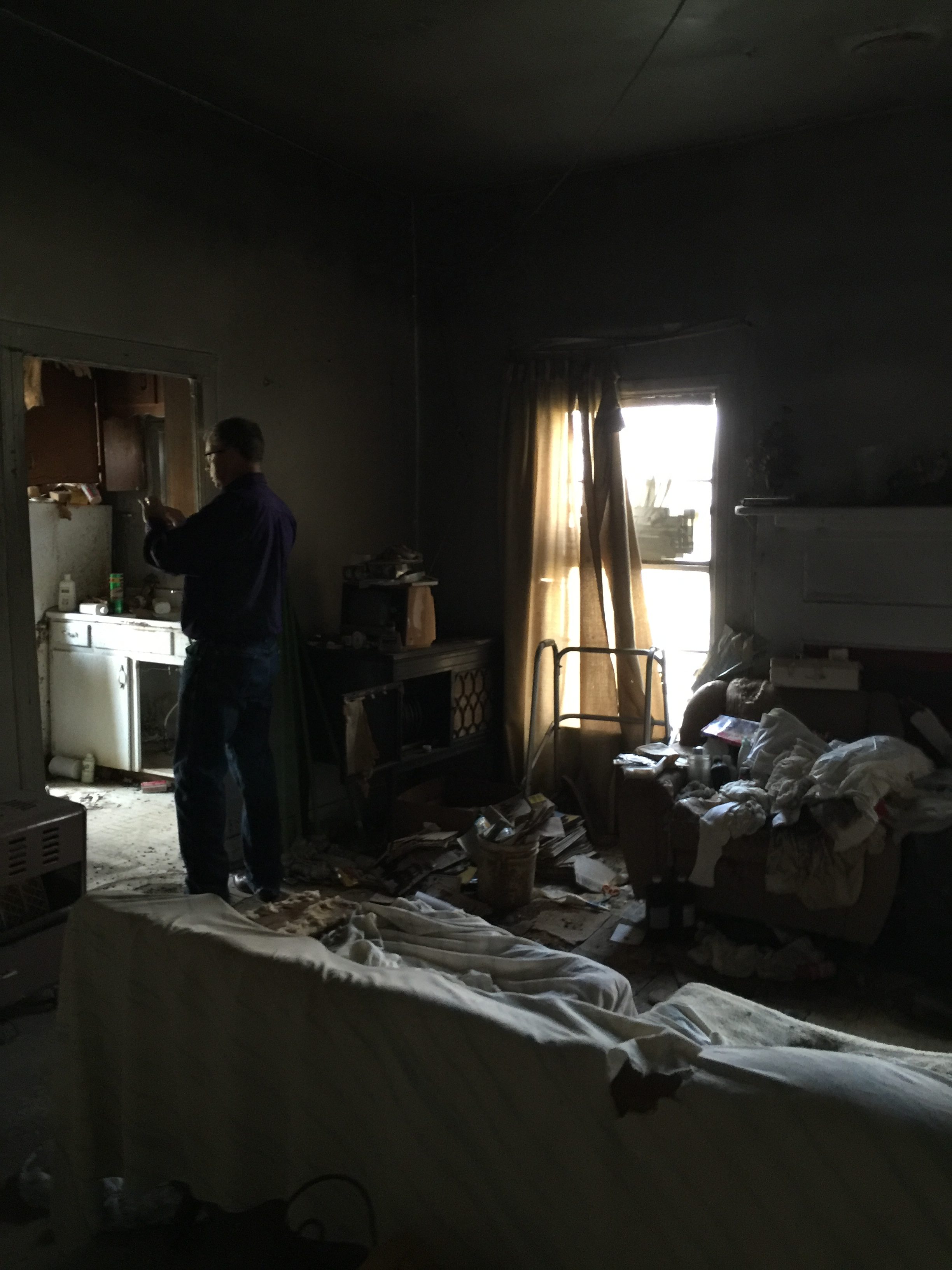 We began working on the north pen and I was not super excited about it.  It had upholstered furniture that the rats has made homes in.  There was a great deal of paper trash on the floors and, believe it or not, this room was nastier than the south pen.

For one thing, it was dark in this room due to the tree cover and the fact that it was January and this is the north side of the house.  It also had a small room off of it that had been converted to the kitchen.  I thought “kitchen=food=rats” but that wasn’t anymore true than any other room in the house. 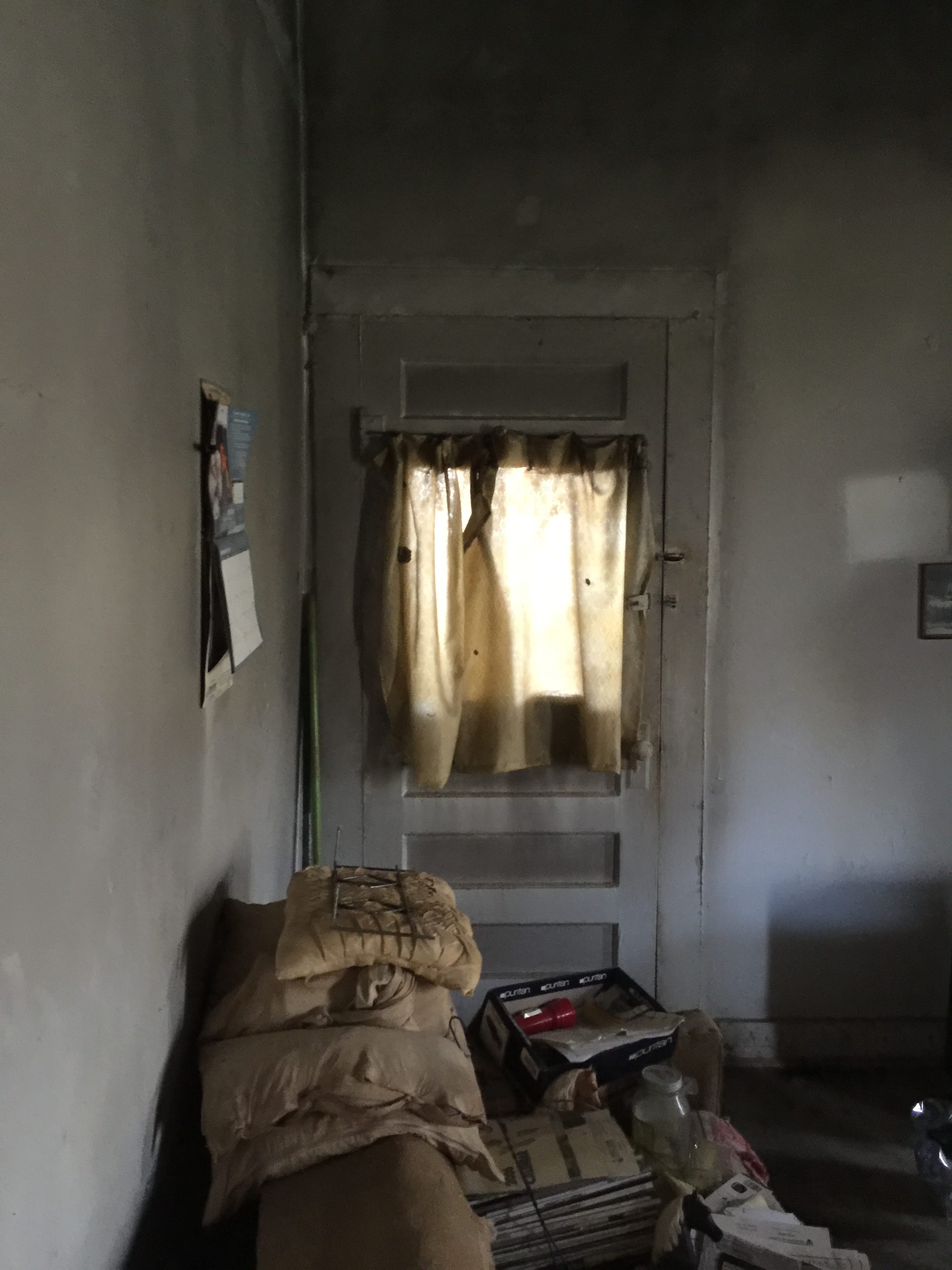 What we did find in the north pen were clues (at least I think of them as such).  The walls were dark gray with soot as seen above. The soot wrapped around the doors and appeared as if there had been a fire.  But a fire isn’t what deposited the soot…at least not in the way you might think.

In front of the fireplace, on the ceiling, was a hole.  A further investigation showed that there was a stovepipe in the attic and out the roof.  Someone had installed some sort of free standing stove in this room.  If that stove had been used for cooking, it made sense that later renovations would have kept the kitchen on that side of the house.

This stove, long gone now, had pumped a tremendous amount of smoke into the north pen and small room that joined it.

Below, you can see the soot that has started creeping around the doors that lead to the kitchen (left) and the north pen (right). 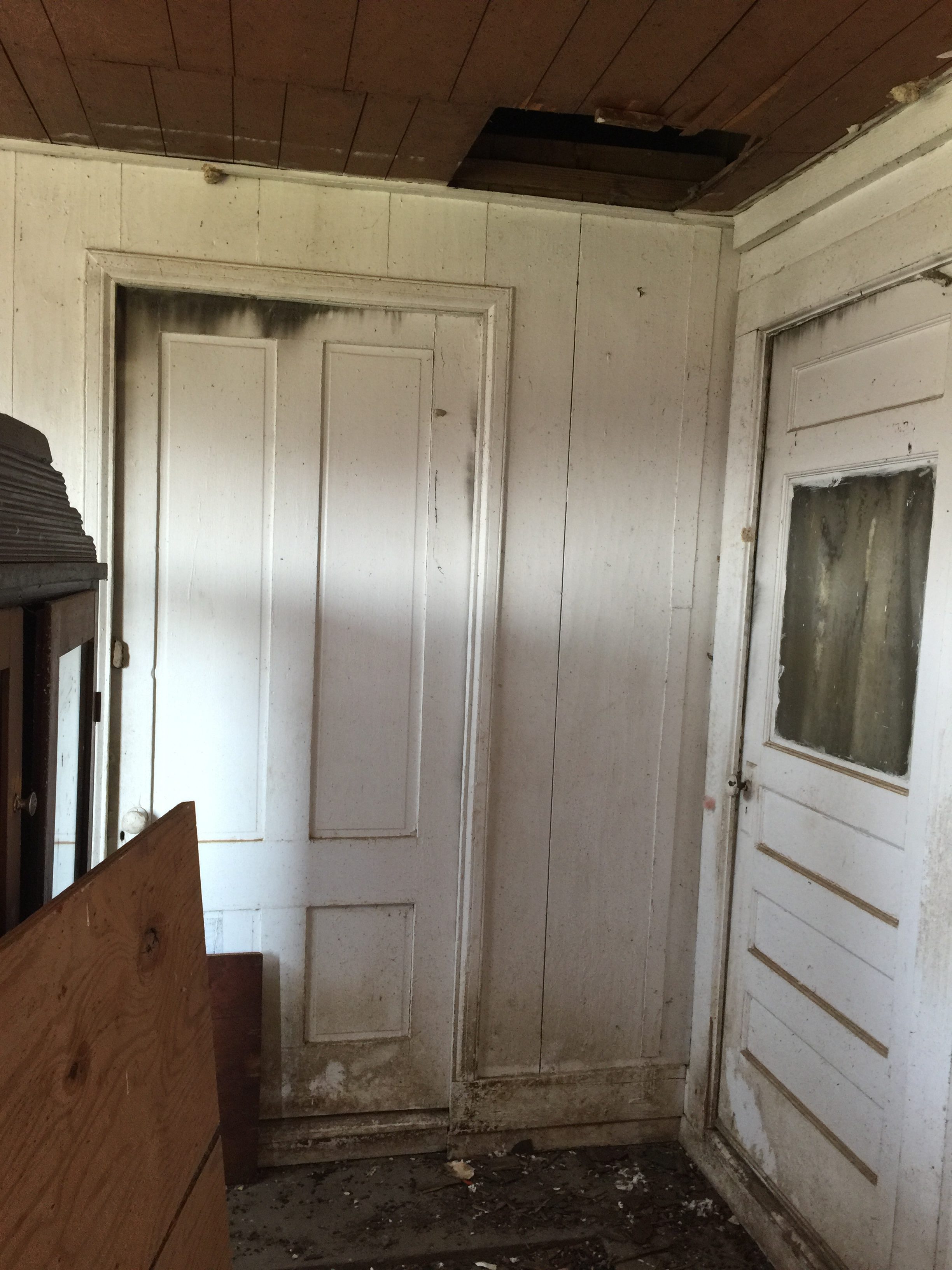 I really thought that we would find snakes and rats in this room.  Luckily, there were no snakes.  There were, however, rats.  One was hold up inside the sofa.  There was one that ran out from under the stove in the kitchen.  While I was cleaning out the kitchen, a rat came and sat on his hind legs while I emptied the cupboards.

Our plan was to get rid of the rats so that the snakes would leave as well.  We thought that removing the contents of the house would be the way to move things in the right direction.  No bedding, no warm places to snuggle.  We continued to have rats after the house was emptied and so we bought poison and got to work. 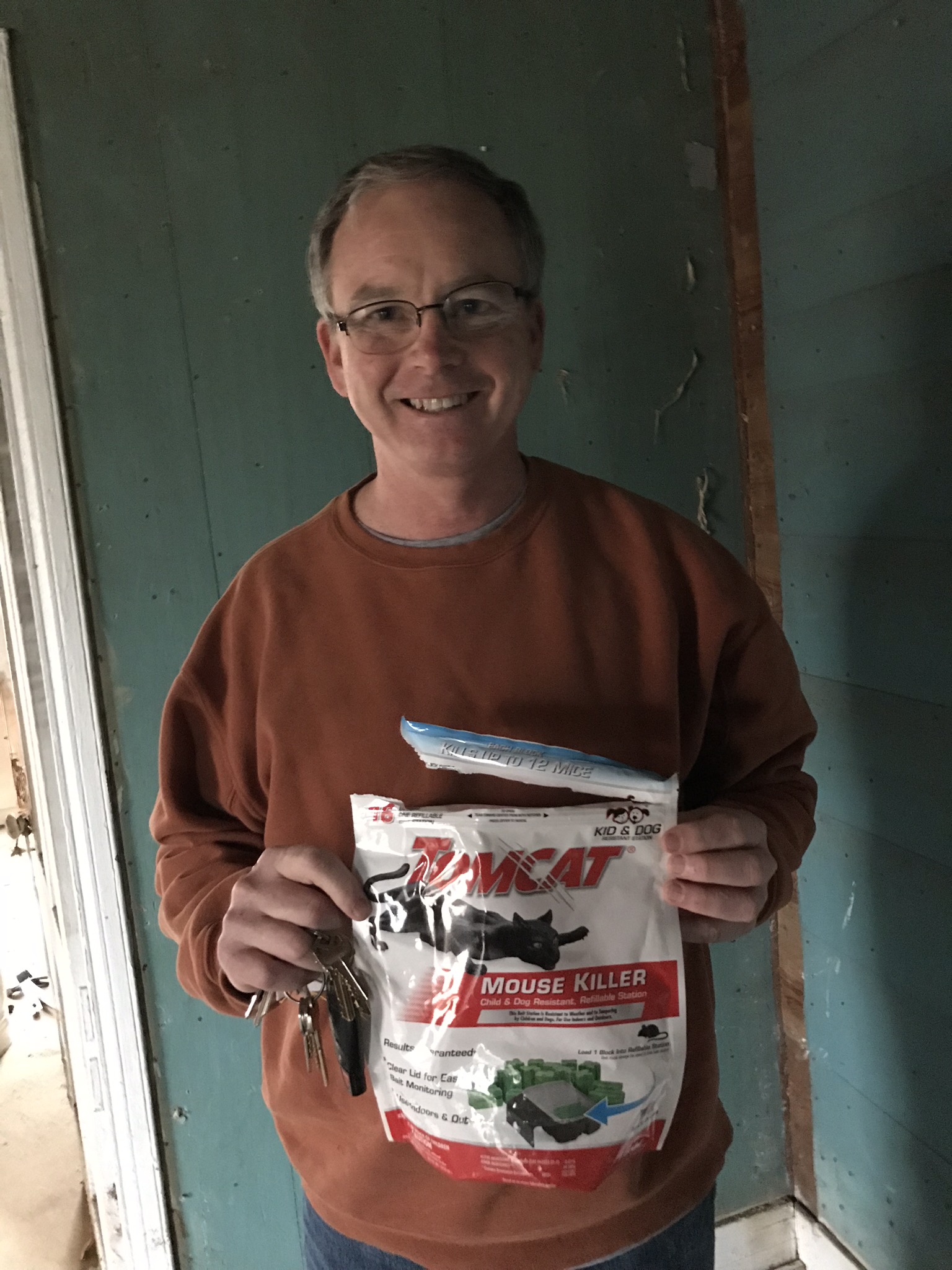 Jerry bought the above poison and before leaving for the day, he deposited several of these fun-sized bars of poison.  He sealed the bag and left it in the hallway.  When we came back the next day, all the poisons were gone and the bag was empty.  We knew we were really in for a good time at that point!