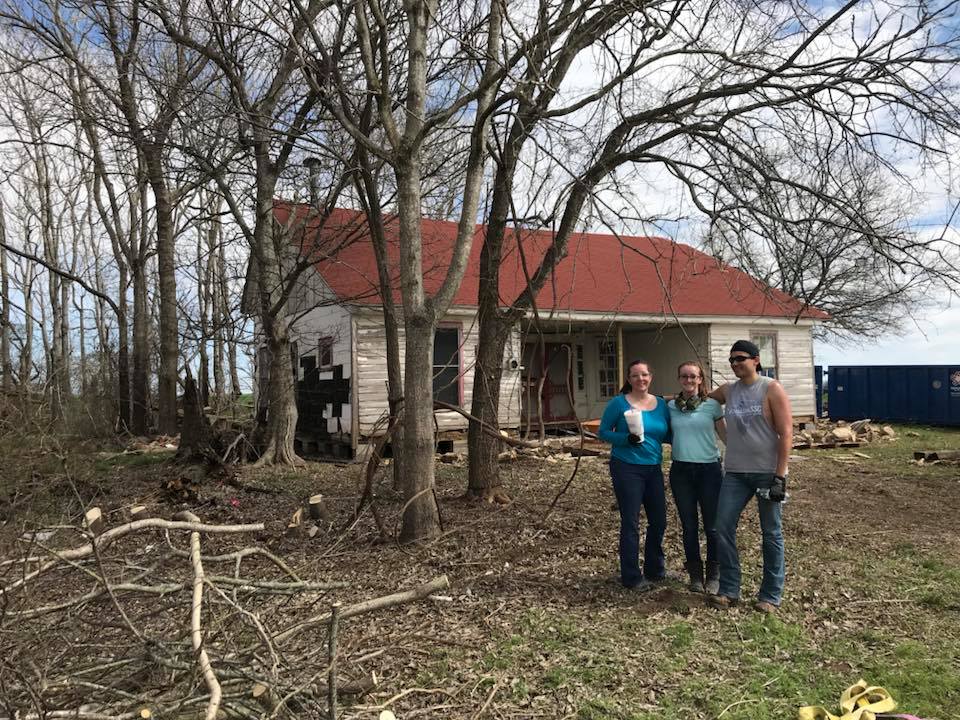 Not Your Typical Wedding Planning

Have you ever heard the joke about going to a fight and a hockey game breaking out?  That is what Jillian and Mike’s wedding reminds me of.  We were in the middle of saving the house and cutting back and burning limbs one minute, and the next, we are planning a wedding.

Jillian and Mike came to help us with the house this weekend.  We spent the day using the chainsaws.  And then, Jillian and Mike shocked the socks off of us at dinner.  They announced that they wanted to get married…in two weeks.  And they wanted the wedding near our place.  And they thought that taking wedding photos at the homestead would be cool.  Oh. My. Goodness.  The photo above is the weekend they made that announcement.  Can you see the house in the background?

I was thrilled, of course, but HAVE YOU SEEN THE HOUSE?  Lots of women worry about things like “is it clean enough?” or “is the furniture dingy?”  I had rat poop, falling down walls, and no front steps.  No electricity.  No water.  No furniture.  I thought it was a brilliant idea.

Luckily, the location where they wanted to have their reception was booked and that bought us a little more time (one week!).  Also fortunate was the fact that we had time to sand down most of the spackling over the nail holes.  Otherwise, their wedding photos would have been full of spots.  I was able to spend an afternoon sweeping up the bulk of the filth the day before the wedding.  Three weeks after they declared their intentions, the couple arrived, along with their photographer and took some amazing photographs I will treasure forever.

Here are a few photos that I took that day.  To see some of the ones Kyle took, go to his website. 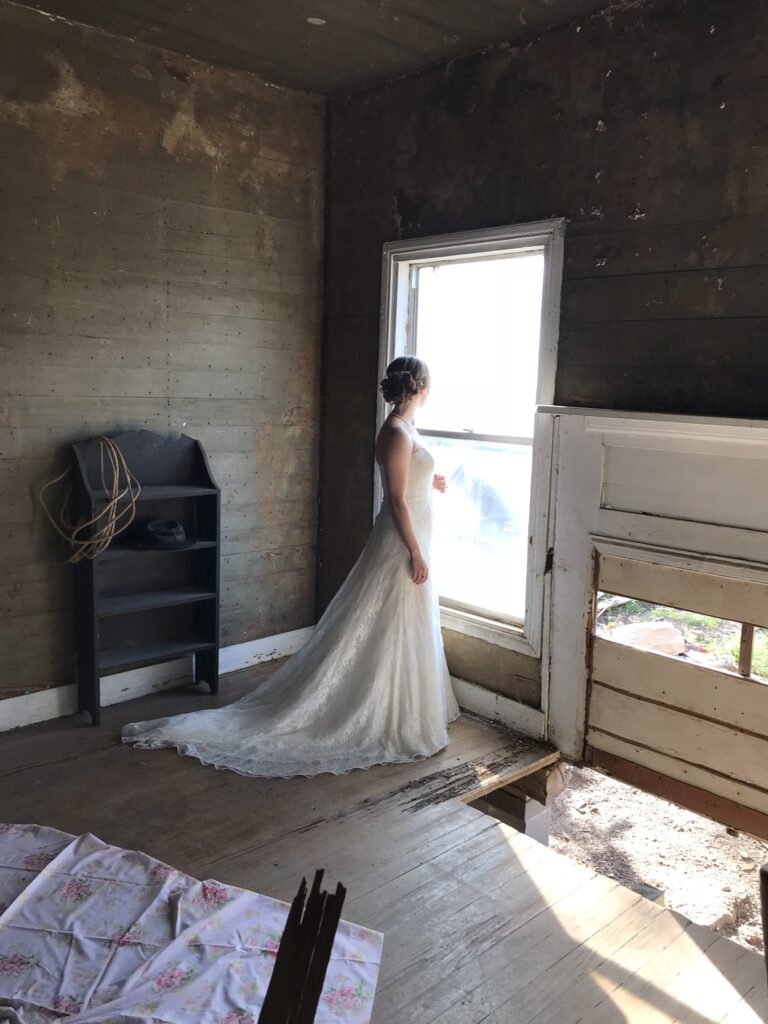 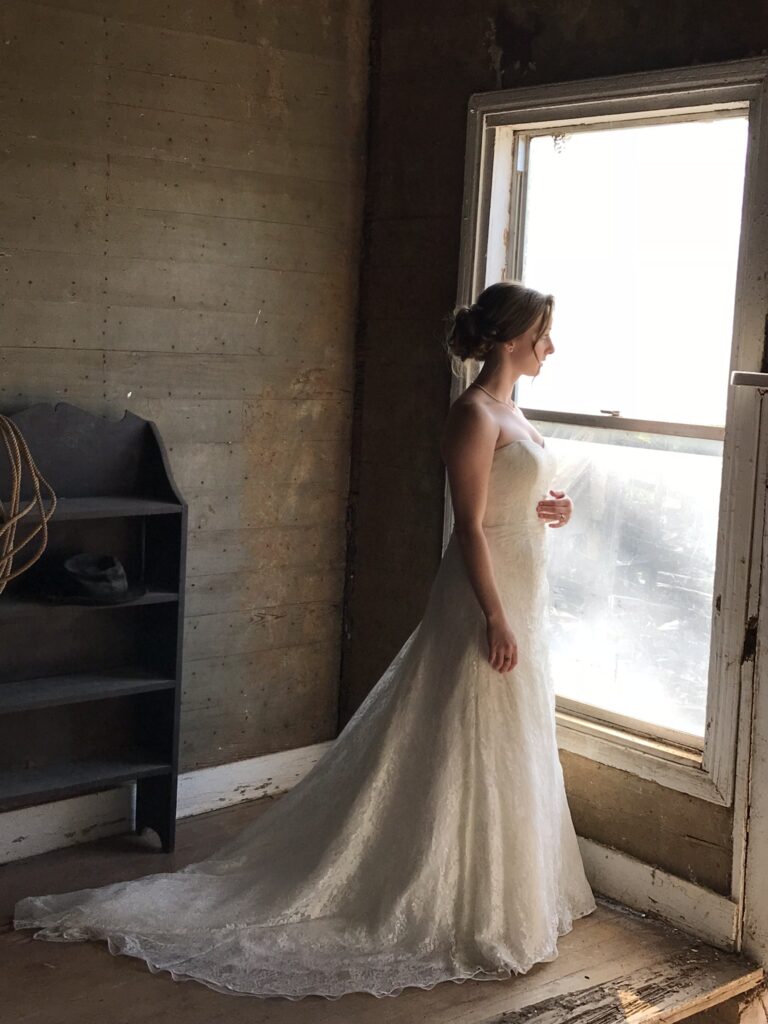 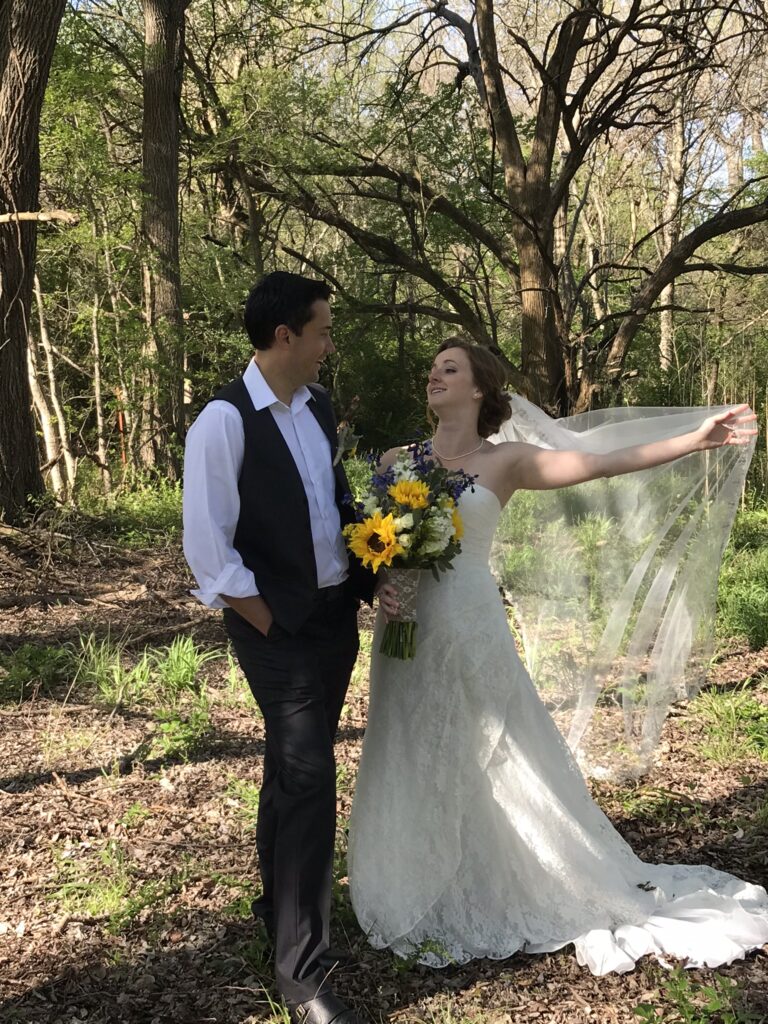 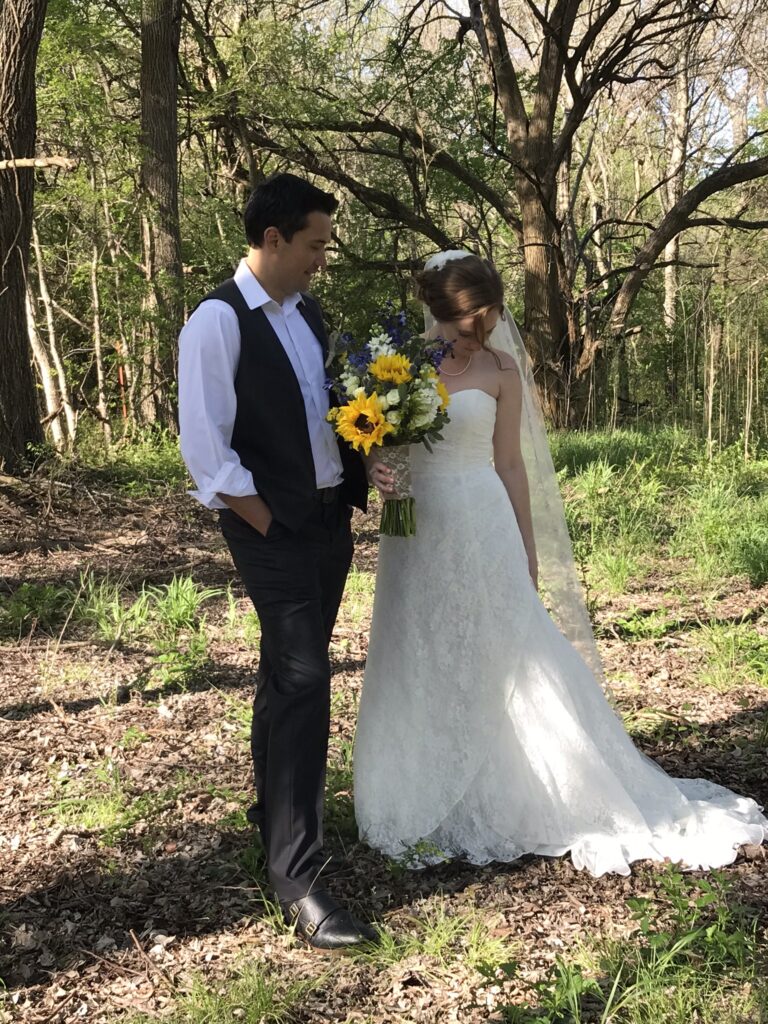 I have to say something about their photographer.  Kyle Sharp took the wedding photos for our oldest son and his wife when they married.  John and Beth didn’t know Kyle, but they (along with Kyle’s wife, Kaitlin) have become friends.  When Jillian needed a photographer, John suggested his buddy.  Kyle is an amazing photographer and I was only a little worried that he wouldn’t be able to make the house look okay.  I was hopeful that he would be able to at least take one photo in the house for me to have to remember what it looked like when we were first starting.  More than that though, I was so eager to have the house become a part of my immediate family’s history.  Kyle delivered.  I am so grateful to Jillian and Mike for coming up with the idea and to Kyle for making it beautiful.

I want the kids to feel about the house the way I do.  Of course, this is ridiculous.  I think the house is wonderful.  Jerry and I are determined to preserve it and the history that comes with it.  In no way do we expect the kids to be as crazy as we are.  We would love it if they were, but no, this is our folly, not theirs.  But when Jillian said that she wanted to have her wedding photos taken at the house, I was gobsmacked.  The house was a wreck and it was filthy.  The house was also part of our family’s history and I believe that Jillian’s great, great, great grandparents were married in the room she had her bridal portrait made in.  I hope it was cleaner for Robert Andrew Ferguson and his bride, Isabella Wood.

Jillian and Mike’s wedding marked the first family event that would be associated with the house since we purchased it.  It was the first time that the house would be part of our celebrations.  That sounds so bloody romantic to me.  I was (and still am) so thankful that she and Mike honored our family’s history in this way.