I May Hurt Someone’s Feelings

Someone, probably someone in my family, gave me the picture frame above.  It had a white background and the cute little wire with clips you see above.  I opened it up and placed photos in it several times.  I knew that there should be a theme…there were four clips, we have four children.  Baby pictures?  Didn’t resonate.  And then I thought, “well, how about pictures of a specific location, like a family home that isn’t there any more?”  I didn’t have four pictures of any of the houses that were no longer standing.

I was at a loss, but, like so many times before, I stopped worrying about it and knew that an idea would come to me and that I would know it when I saw it.

Until then, the picture frame above sat propped against a wall, ignored. 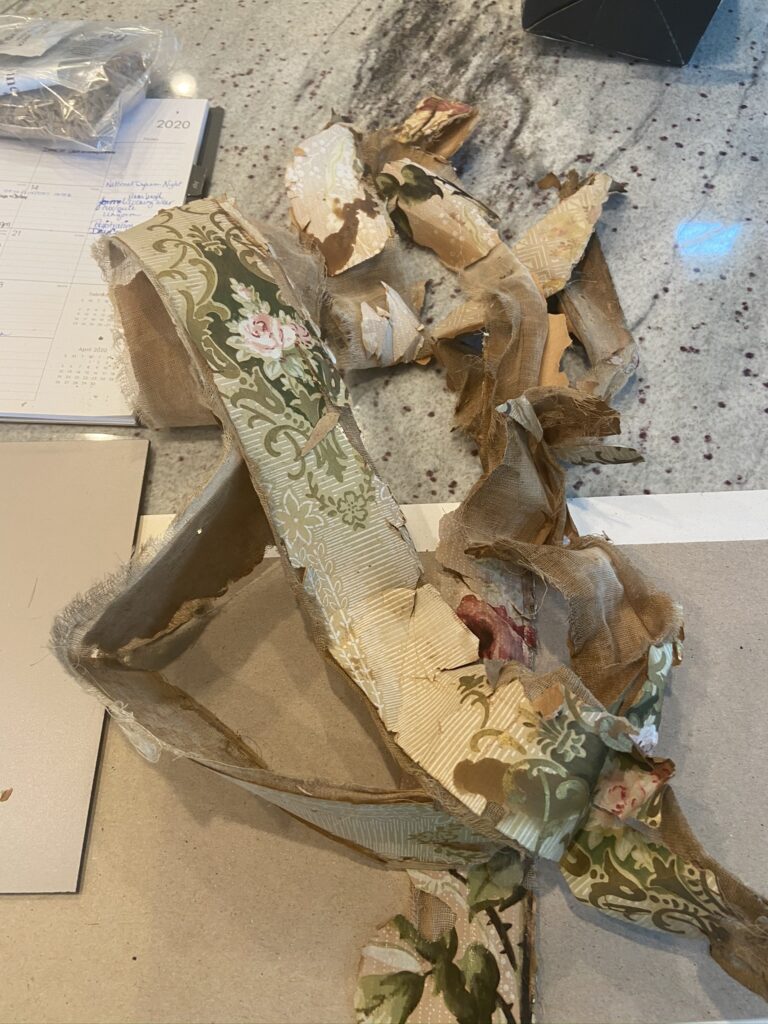 Jerry and I are very different people.  Thankfully, we are compatible most of the time.  Jerry hates to defer a decision like I described above.  He prefers to make a decision now and execute even if we end up hating the results.  Immediate progress is his thing.

Me?  If I am certain of the decision, I can blaze ahead.  If I am not, I am very comfortable waiting for an idea to come.  I had the idea of getting the doors from my great grandparents’ house and using them in the new addition.  We didn’t want part of the house to be the original 1846 structure and the addition to be devoid of all character.  We needed to mix some old into the addition so that it didn’t seem quite so new.

The house where my grandfather was born is in pretty bad shape.  You can see through the floors and the ceiling in the attic is compromised.  The windows are mostly gone as are the doors.  It isn’t long for this world.  We were very lucky that the timing was right for us to take some of the charming bits out of this house to use in ours.  One of the things I carried out of that house with me was pieces of wallpaper.

This is another example of how Jerry and I are different.  I don’t know what possessed me to carry out bits of old, crumbling wallpaper, but I did and then, in the middle of renovating a house and then building another AND moving, I saved them and didn’t lose them which was a miracle in and of itself. 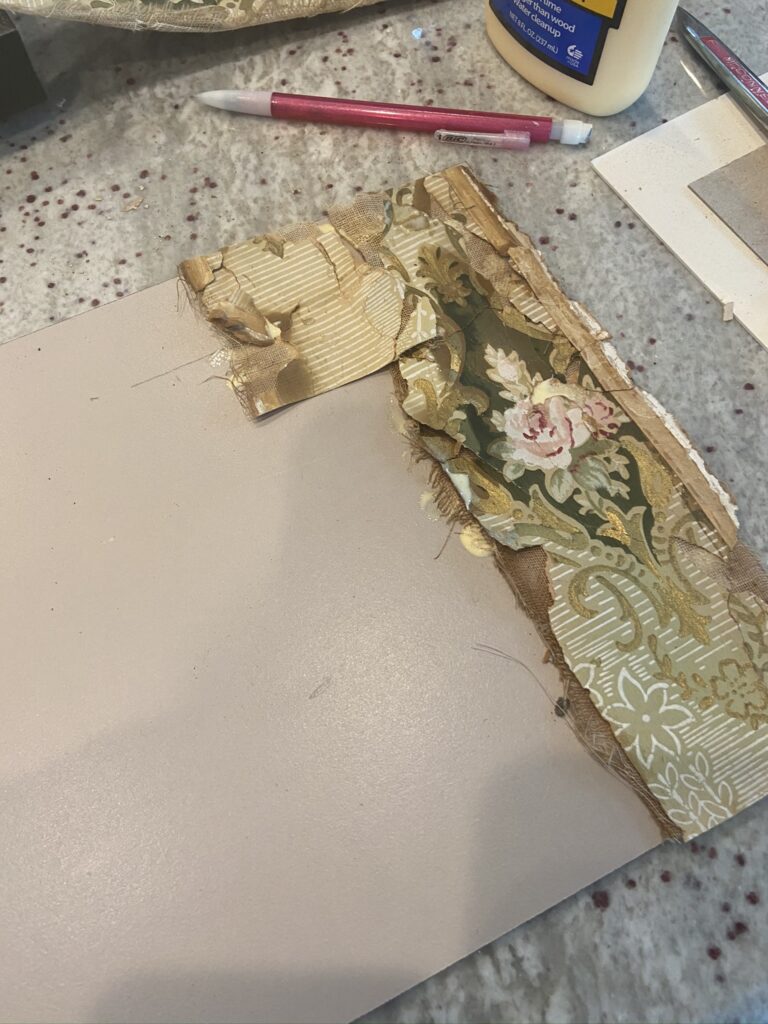 The old wall paper was dangling from the wall in most places and it was an easy thing to remove strips of it.  My great grandmother was obviously a fan of roses, or that was what was available when they selected the wall paper.  Each room had a different pattern, but all of it was green leaves and various shades of pink/red roses.  It was very much in keeping with the period in which the house was built and it was definitely not something that I would have intentionally placed in ours.

The picture frame idea popped into my head one Saturday morning. Not hesitating, I grabbed the bottle of glue, the four pictures I needed and got to work.

I glued the strips of wall paper to the backing.  After it was dry, I clipped the photographs into place and it was a finished project.

My grandmother told me that my house was like a museum.  I think what she meant was that during our 20 years of affiliation with the U.S. Navy, we had traveled and purchased some pretty cool items from the places we have lived.  My Nana was a great one to talk.  She collected items from family members that held both sentimental and historical significance.  I would like to say that I inherited this from her.

This project was a tribute.

The photos show the owners of the home from which the doors came.  It also shows a photo of the house.  I used wall paper from that house to create the background.  I displayed the photographs with a cigar holder that belonged to my great grandfather (see photo).  He received it, full of cigars, one Christmas.  When it was empty, my great grandmother used it as a spoon holder and it sat on her dining table until she died.  My grandmother has had it since.

Along with being decorative, these little things, grouped and displayed, will be the props I need to teach Izzy and John Warren about the people who were gone long before they were even thought of.  Both of these great grandparents were gone before I was born, but seeing their photos and using their doors help me to “remember” them and the stories about them that my grandparents shared with me.

These things were tucked away for years. Displaying them helps to keep their stories alive and certainly makes it easier to share them with the next generations.