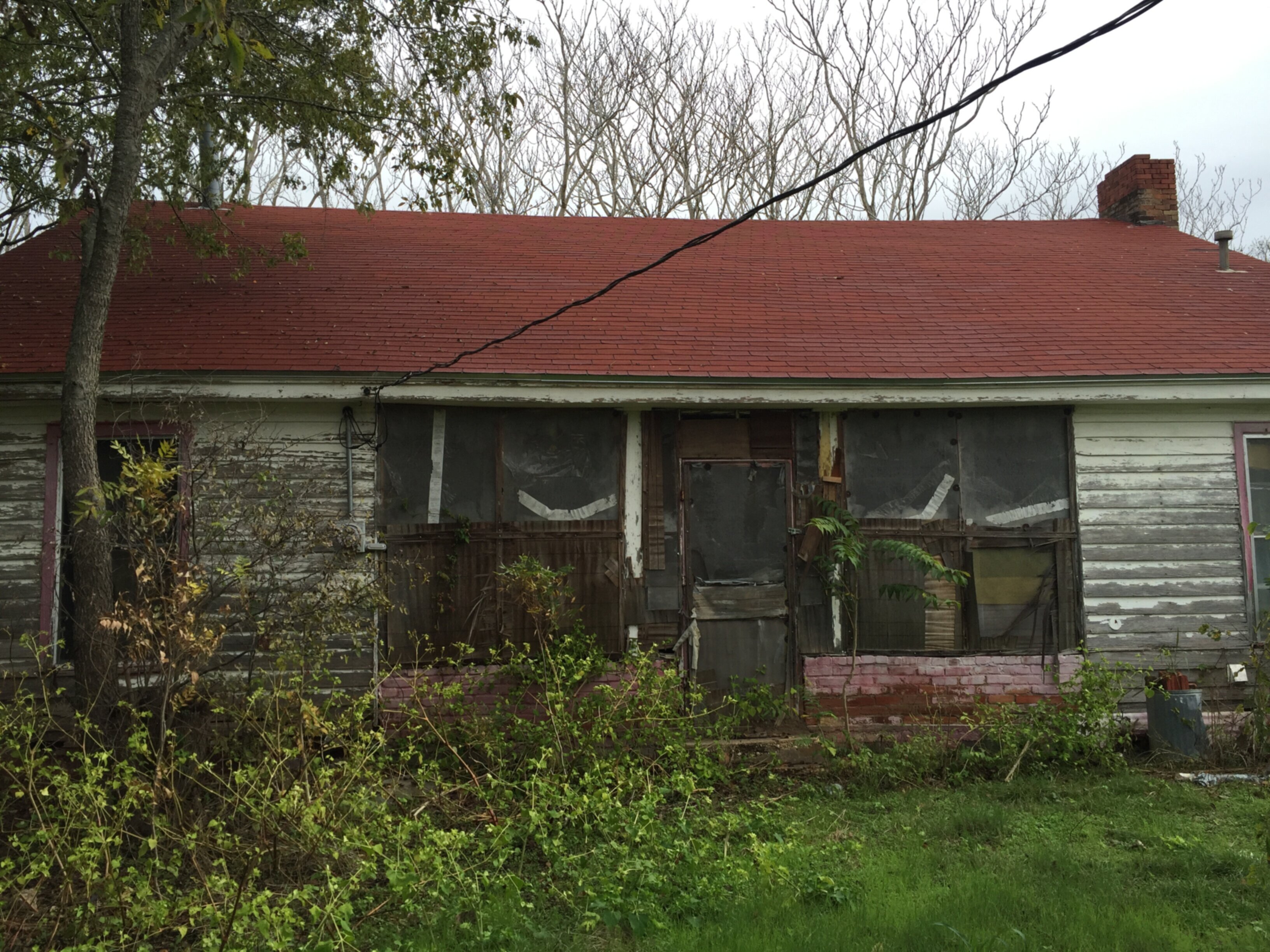 They say that one man’s trash is another man’s treasure.  My distant cousin who had owned the home previously was a hoarder and had not been in good health for a while.  Understandably, the house was going to have some issues and with no immediate family, his belongings were sold with the property.

How bad was it, really?  The above exterior photo clearly shows that the house was in poor physical condition when we bought it.  We sort of knew what we were in for on that score.  However, the sheer amount of trash  was astounding.

Taking Out the Trash 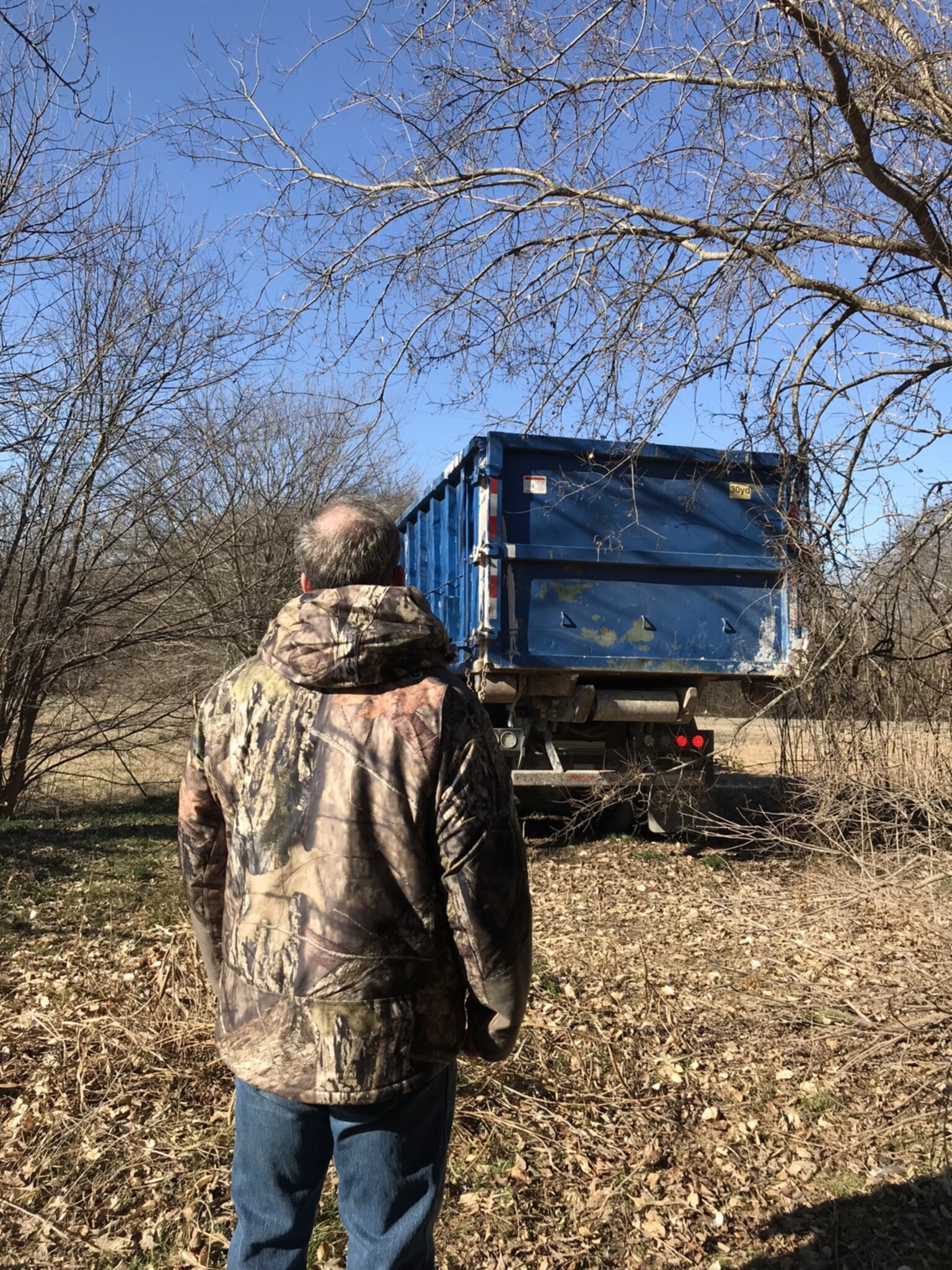 After carefully combing through his belongings, we found several land documents and some photographs.  We found books that had been brought over from Scotland.  It was amazing that, in a house where everything was rotting, that we found paper goods that were in good shape.  When we were satisfied that we had found everything worth finding, we got down to the cleaning out.

We had a huge industrial dumpster delivered and backed it up to the front doors and started emptying the house.  Once the enclosed front porch was emptied, we could start on the center hallway. 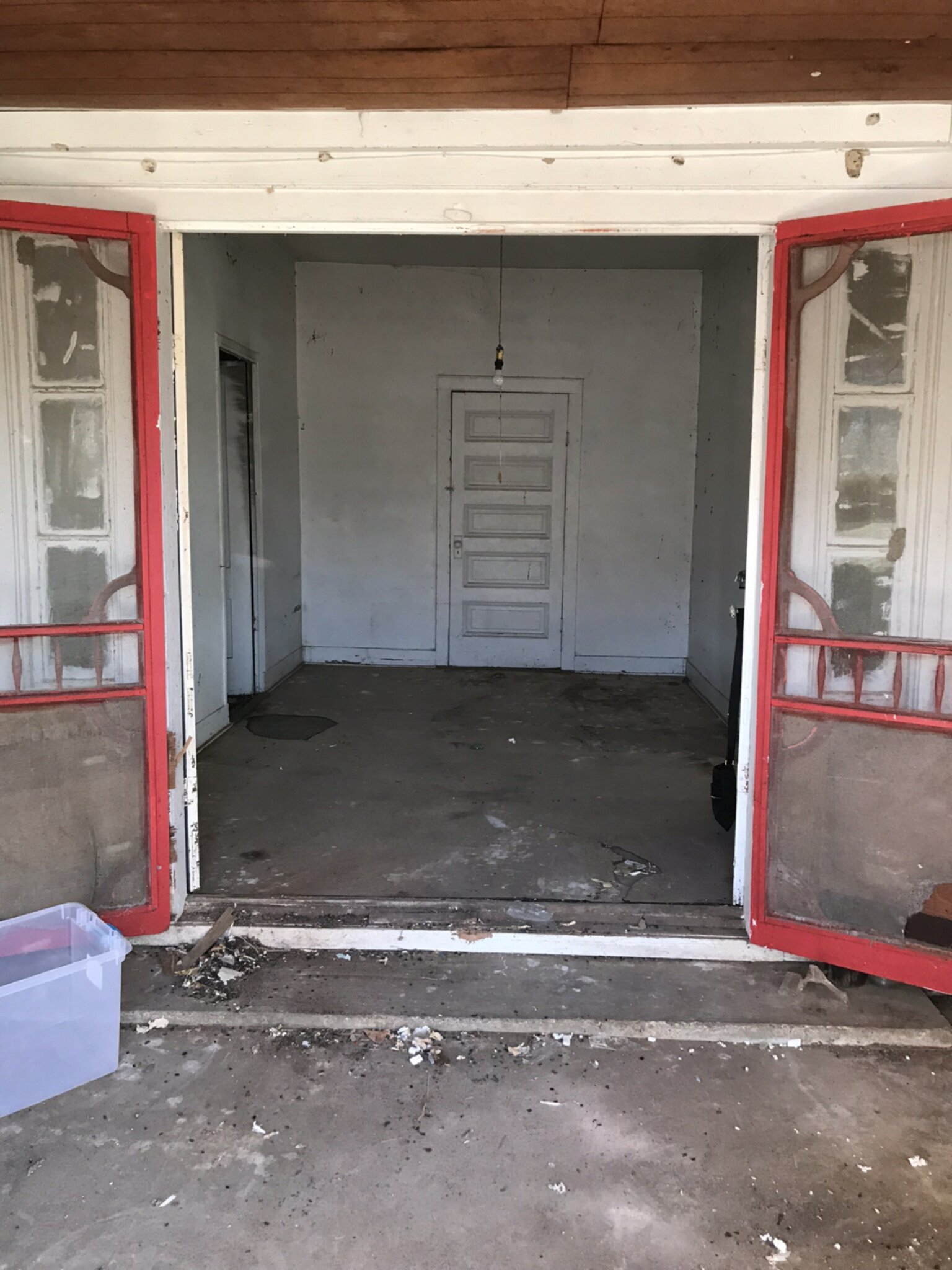 With the enclosed porch and the center hallway emptied, you can see a little bit more about the architecture of the house.  The center hallway was the breezeway for the dog run.  The doors in this room are exterior doors (they have lock boxes on them).  The door straight through the red doors isn’t original.  That was the large opening at the back of the dog run.  All the evidence points to the double doorway with the red screen doors not being original as well, but they are old and were installed with wavy glass in the windows and with square nails.