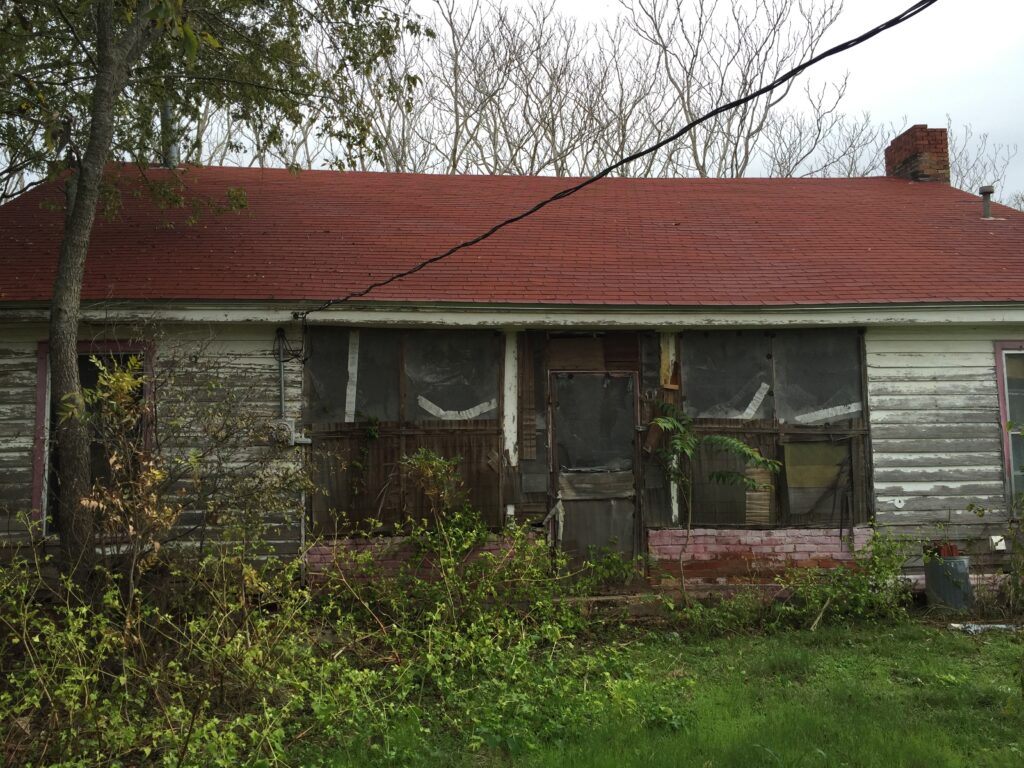 Is There Any Hope? 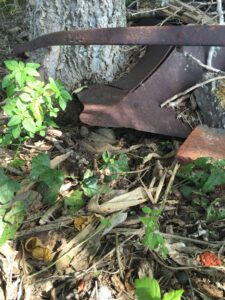 I thought there was tremendous hope for the house.  Otherwise, I wouldn’t have bought it.  There may have been some hope, but there was absolutely no curb appeal to the yard.  The yard was in bad shape…just like the house.  When we bought it, there were two cars and a truck parked in the yard.  The truck had a tree growing through the bed.  In the back yard, a lawn chair had turned over and been left for so long that a tree had grown through the arms, lifting it three feet off the ground.  On the back edge of the yard, we found the plow (left) embedded in tree.

It had been a wreck for many, many years.  So overgrown, you could barely see the house.  Trimming the trees back and trying to remove some of the tall grass would go a long way.  We weren’t ready to add curb appeal to the yard just yet, but actually seeing the house and it not looking like an abandon property would be an improvement.

Any Progress is Good Progress 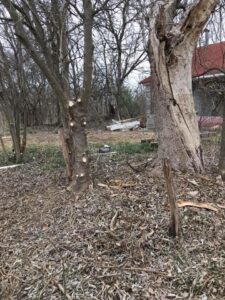 Working in the yard for the first time was a spur of the moment decision.  Jerry announced that this was what was on the agenda for the day as he gathered the tools and loaded them into the back of his truck.  I think this decision was made for a couple of reasons.  1. Jerry likes to see progress and everything we had been doing in the house up to this point was ripping stuff out, not putting it back together.  2.  He wanted to start the day by pulling into a yard that showed signs that someone cared about it.

We basically just trimmed back the overgrowth and tried to shape the trees for the first time in years.  Maybe we were adding curb appeal in the front yard by just being able to see the house.  Nevermind…I think all we did was put our crazy on display since everyone driving by (at least five cars a day) could see fully what we were working with.

We were surprised when we found cedar posts from an old fence.  This fence is in the general location of the fence in some of the first pictures we have of the house and we wondered how old they could be.  For now, the plan is to create a flower bed under this grouping of trees and the posts will remain.

Learning From Past Experience… 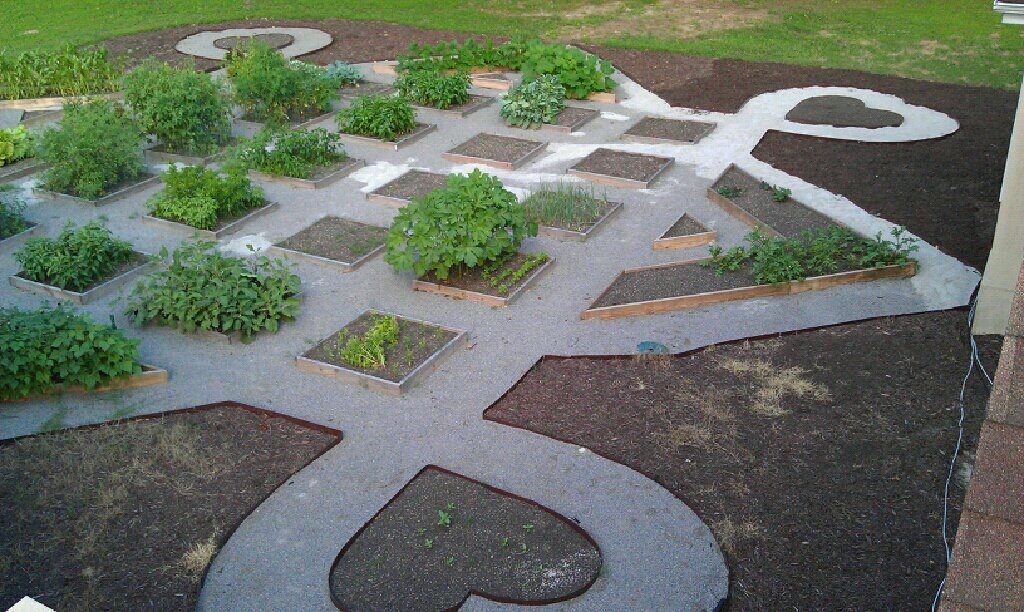 We owned 28 acres of land in Virginia and we were a bit overzealous when we put in the beds and garden.  It was our forever home (we thought) and so we did everything we wanted to do.  We put in a “vineyard”.  It was five long rows of  five varieties of grapes and three long rows of blackberries, all trained on a wire.  Beautiful, but a chore to mow.

The combination vegetable and flower garden was over the top. We put down the thick landscaping fabric and then crushed granite on the pathways (this after stripping off all grass).  We still had to weed the pathways AND the beds.  It was beautiful, but just too much work.

The Plan for the Future

Eventually, our vision is for a clean, English cottage meets Texas frontier look.  I still don’t know exactly how we are going to accomplish this.  We won’t start on the serious yard stuff until it gets colder (its August today as I post this) and the snakes either slow down or go away.

I have always dreamed of a lush, tangle of climbing roses, trumpet vine, and honeysuckle up a post or on an arbor.  Jacob is terrified of flying insects (really, really, irrationally so).  We already have an infestation of wasps of every kind it seems.  The bees living inside the walls of the house had to be relocated, but we have new hives (a good thing) in the area.  I don’t know if I need to attract them to the house.  The thought of a more native natural look appeals to me as well, but having a small bit of manicured lawn and beds is a happy thought.

We want to avoid creating a high maintenance yard.  This means lots of drought tolerant, native plants.  Our first stop will be Native American Seed Company.  They have a Blackland Prairie Seed mix that looks exactly like the uncultivated land across the street from the old house looks like in the spring.  That uncultivated land is part of the original homestead and is what the land looked like in 1846.  Check out the comparison.  The Blackland Prairie seed advertisement from their website is on the left.  The homestead land is on the right. 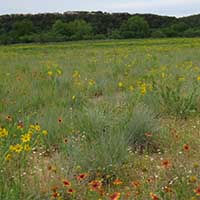 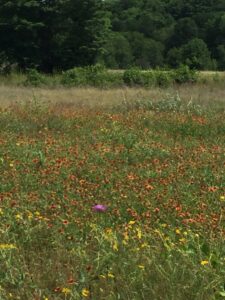