Religion was an important part of the lives of early Texan settlers.  When my great, great, great grandparents immigrated, they brought with them their staunch Scots Presbyterian beliefs.  They joined the Presbyterian church in Milford and were buried in the Milford Cemetery…a strong indication of their affiliation with that church even until the time of their deaths.

Of course, other churches moved into the area as population increased.  When the Baptists traveled through, they visited Isabella and R.A. Ferguson.  R.A. admittedly never joined a church, but he did refer the visitors to his wife.  Isabella had been raised Presbyterian by her parents James and Isabella.  However, with new churches springing up, it appears that at least some of the family were Baptist, some Methodists, while some remained Presbyterian.

This is a report on the swing through the Brandon area by the Baptists seeking financial support.  I think that everything is pretty well documented on this.  I am just uploading the actual document because it is clear enough to just read for yourself.  Enjoy! 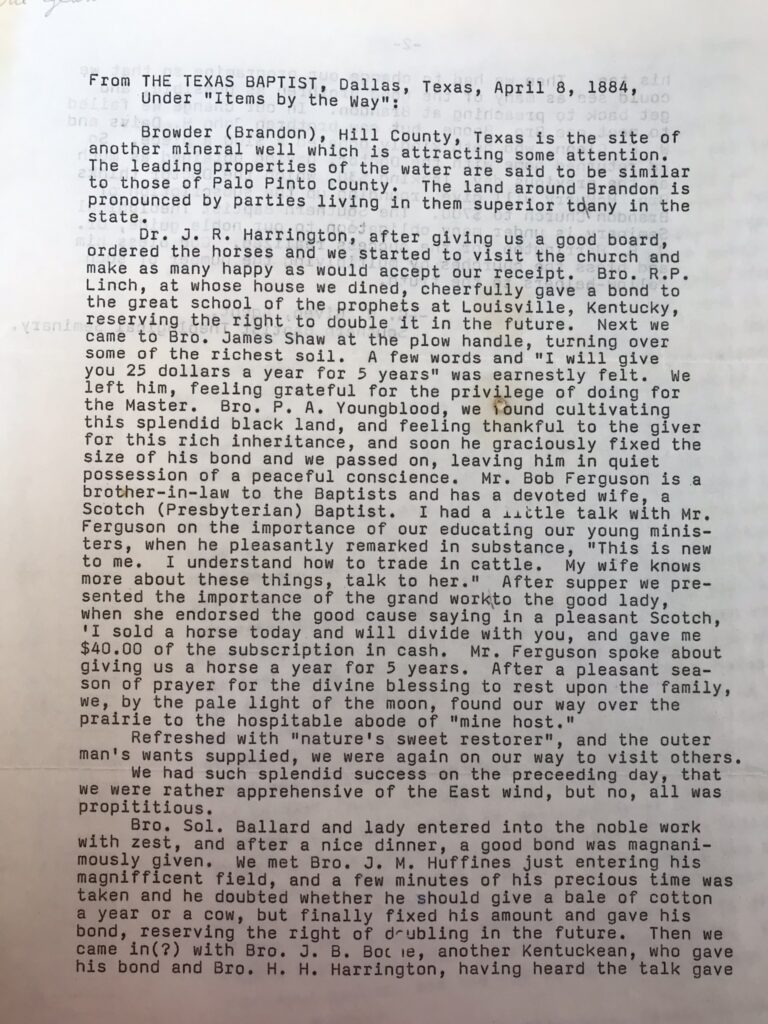 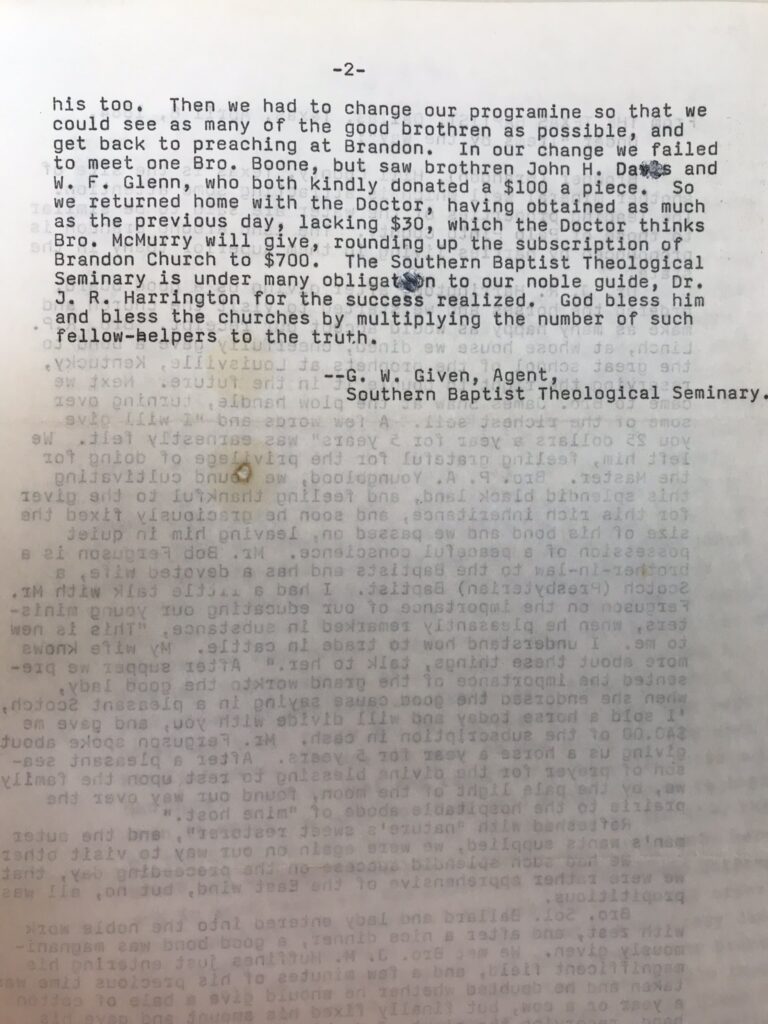