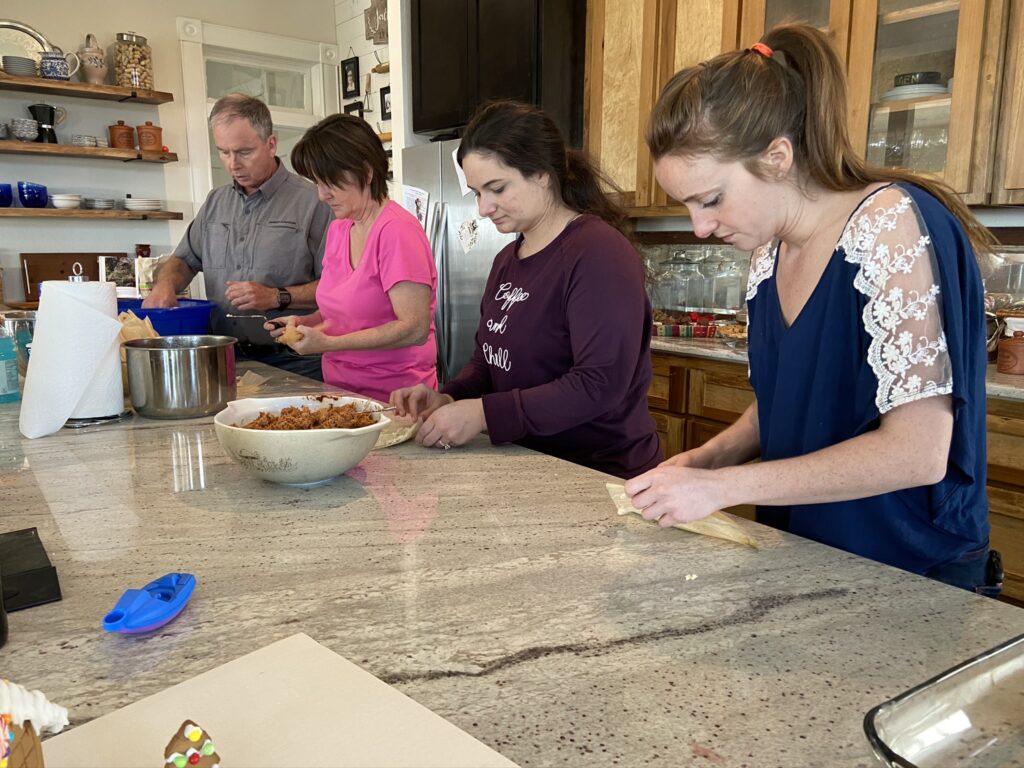 I have no idea where the tradition came from or when it really started.  We have tamales for dinner on Christmas Eve and we have for as long as I can remember.  I don’t remember Nana or Mother ever making their tamales, however.  They were purchased and steamed just before serving.  Along with the tamales, there was queso, chili, chips, and so on.

Jerry and I first made tamales back in 1993 while we were living in Athens, Georgia.  We were a long way from home and we had a hankering for them.  The Navy provided us with many opportunities to miss something from home and to have to learn to make something from scratch if we wanted it.  Tamales were a bit daunting. The filling…well, that was easy enough to figure out from a recipe.  The masa was a different story.  I remember getting out my mixer to whip the lard.  Then the masa needed to float in water.   The recipe then suggested that we cook it on a griddle to ensure seasoning was correct.  At this point, we could actually start making the tamales.

We have made them several times since and have always been pleased with the results.  In truth, there are so many places to just purchase them now that we are back in Texas.  I am not sure what prompted the homemade tamale project this year beyond the fact that we have family members who are interested in learning new things.  And so, on Christmas Eve, with a million other things to do, we made tamales.

As you can see above, we assembled the tamales in an assembly line format.  Before we got to this point, there was a considerable amount of preparation work that had to be done. 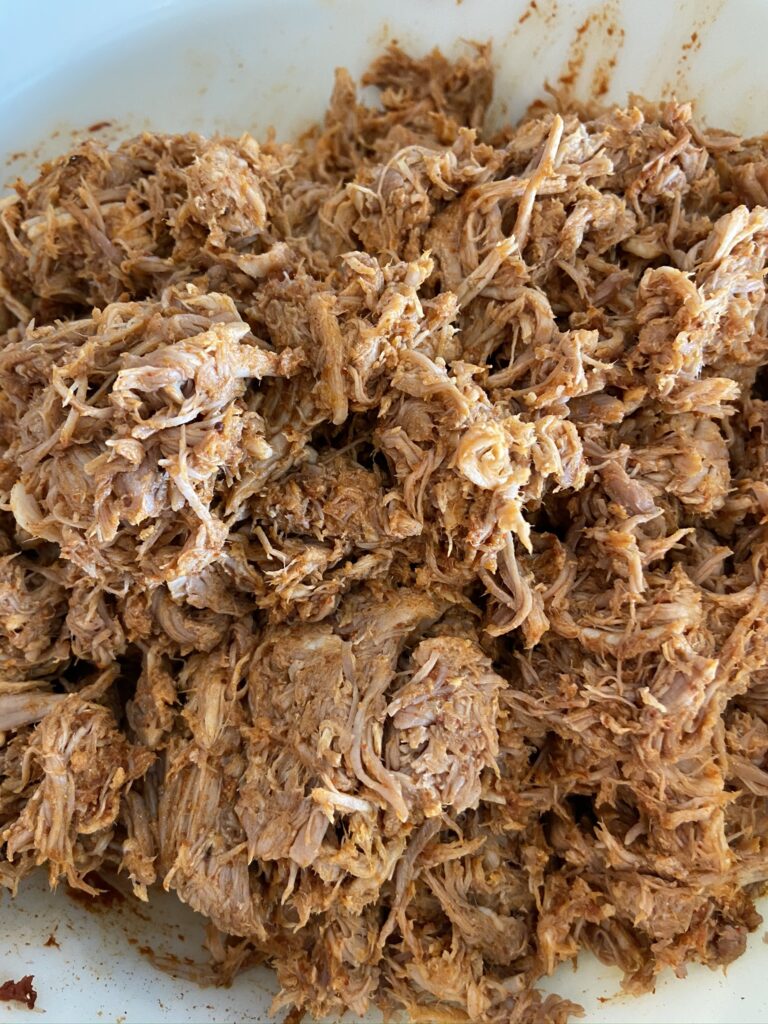 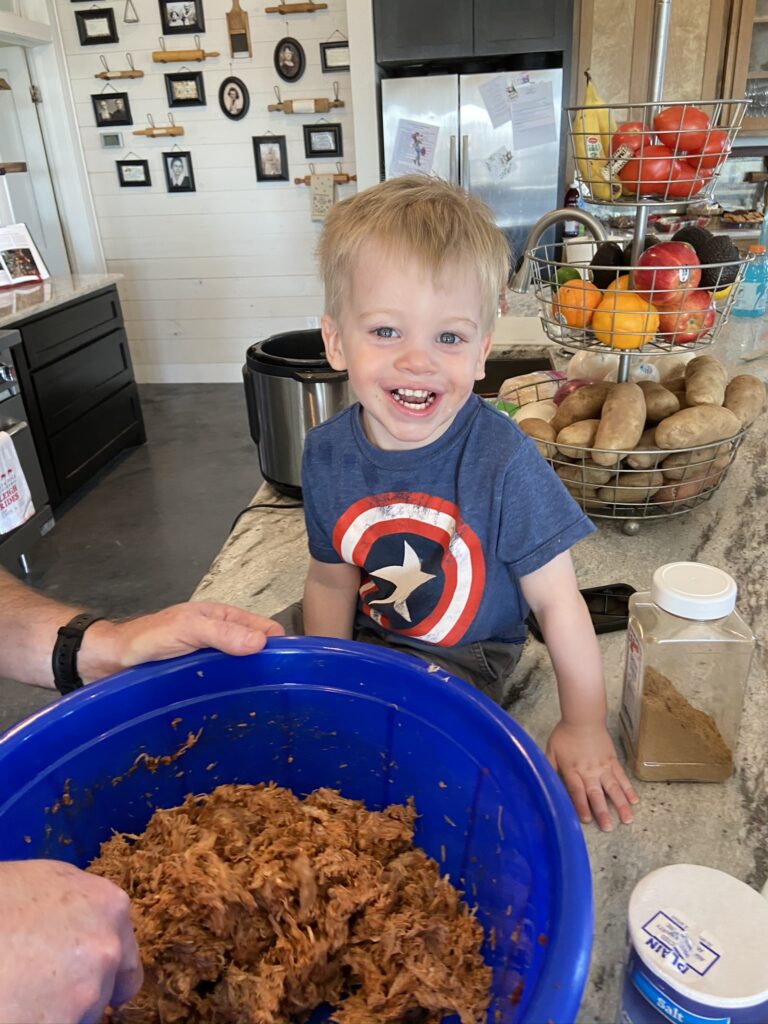 The pork had to be cooked, shredded, and seasoned until it was approved by John Warren.  Okay, judging by that smile, we nailed this part.

And then, we had to whip the lard: 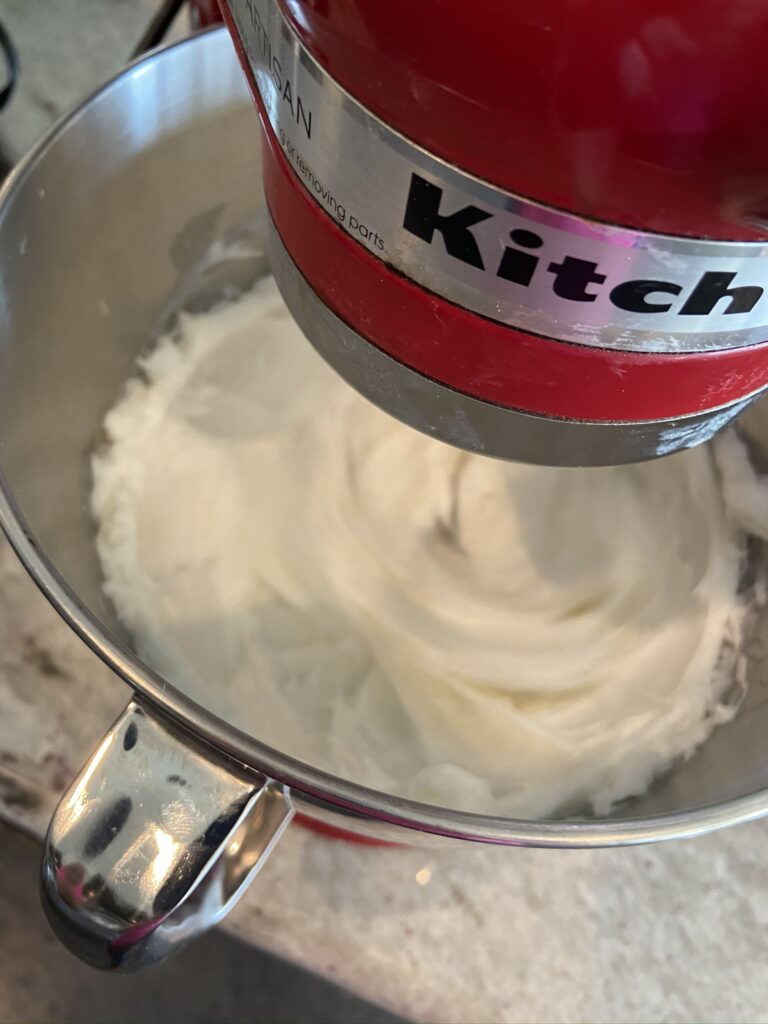 Next up was folding the whipped lard into the masa: 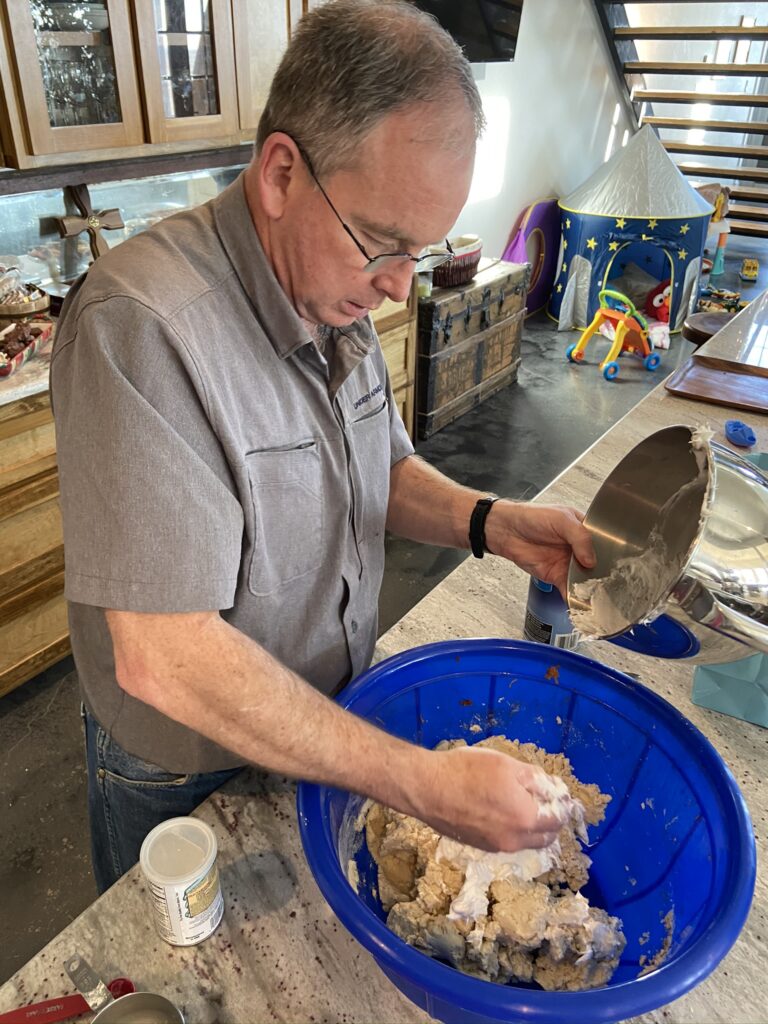 The final step was the assembly process.  I love this photo because we all had different jobs.  Jerry placed the masa on the corn husk.  I spread the masa out and handed it over to Anna.  Anna then placed the proper amount of pork filling on the masa and slid it over to Jillian.  It was Jillian’s job to form/roll the tamale and give us feedback.  You can see below that we were all anxiously awaiting her final verdict so we could get on with the process. 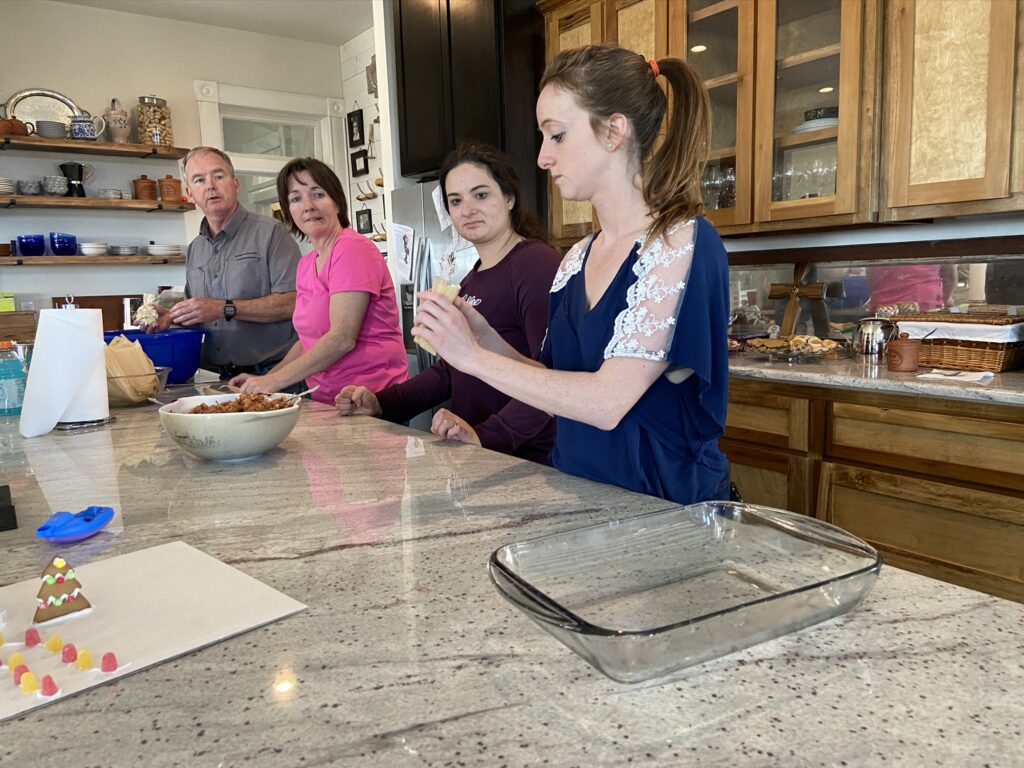 Later that evening, we steamed the tamales and served them with all the fixings.  We learned that both grandbabies love tamales (and cornbread and grits).

I am certain we will serve them again next year as per tradition.

What is your Christmas Eve traditional meal?