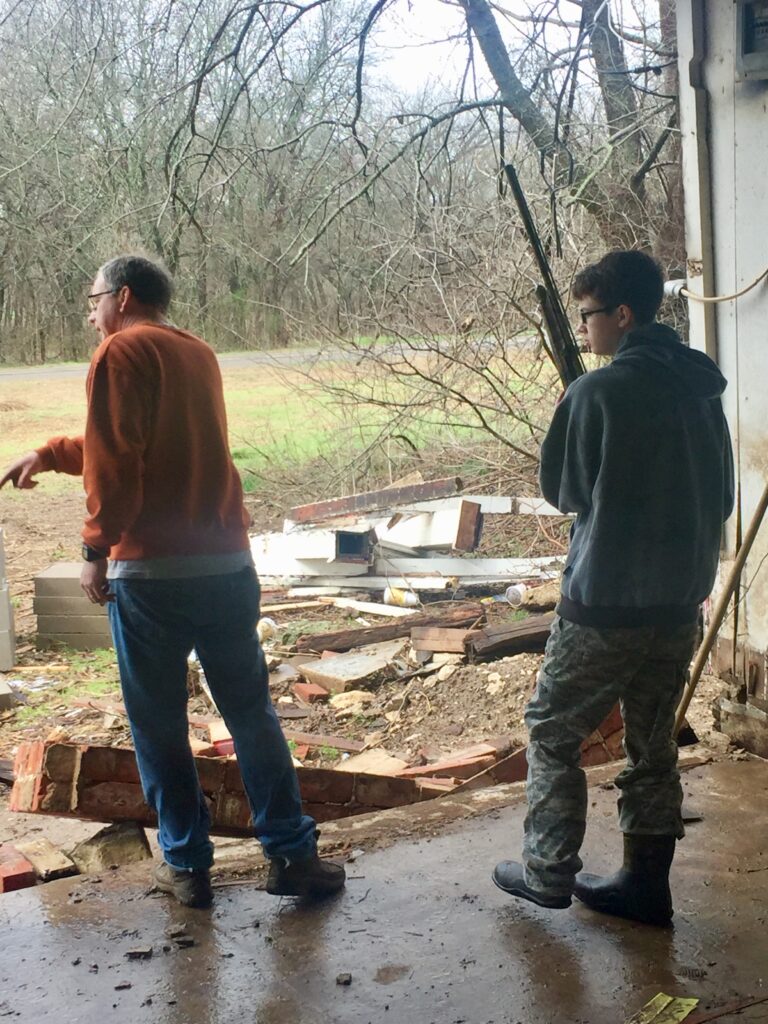 There was no way to coax the live snakes out.  And no one wanted to crawl under the house and get them.  So, Jerry and I decided that we needed to rent a jackhammer and bust up the slab.  We thought that when the generator was cranked and the jack hammering commenced, the snakes would go wild because of the noise and vibrations.  When all heck broke loose, we thought they would flee in all directions and we wanted to kill them when they did.  And that is how the Great Rattlesnake Roundup of 2018 came about.

The house has four sides and so we decided we needed four shot gunners stationed on each side of the house, ready to shoot when the snakes came pouring out.  If you watched the inspiration for my horrible visions of what was going on under my house, you understand.  If you haven’t been blessed with the realities of a snake den, please take some time and watch this video.

We asked our friends Jackie and Don to be there that Saturday morning.  Jerry was going to be jack hammering with our son, Jacob manning the shotgun.  I was hanging out the east side.  Don and Jackie took the north and south.  Our plan was that the guns would all be inside the house, pointing out, in hopes that we wouldn’t shoot each other.  Nobody needed to get shot at the Great Rattlesnake Roundup…nobody but the snakes! 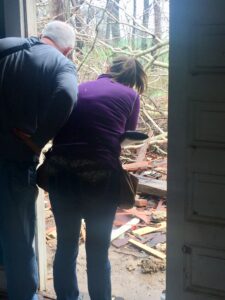 I am deathly afraid of snakes and I spent all week trying to psych myself up for this event.  “If you want the house, you have to get rid of the snakes.”  “There is no St. Patrick around to charm the snakes off your property.”  “If you are expecting to see them, you won’t be as freaked out.”  I was ready by Saturday morning.  I was actually looking forward to it, but I really figured that this emotional stability and/or emotional high would probably end as soon as the first snake appeared.  Still, I knew that the snakes had to go.  They were impeding the work on the house.  They were a danger to us and to our guests.  Removal was the only viable option.  And we had already tried to have the snakes hunted, captured and removed.

The snake hunters showed up one Sunday after church.  They brought their wives and the entire group went poking around (even in places where there were no snakes, like inside the house, just because they were curious).  Okay.  Whatever, but what about the snakes?  They didn’t get under the house, but they did kind of stick their heads under with a flashlight.  They told us that there were definitely snakes in the shed, (you think?) because they could smell them.  Ummmm, you can smell snakes?  That was something new.  According to these folks, snakes smell sort of musty like an old gymnasium.  Now, whenever I am out in the yard and smell something musty, I vacate the area.  I haven’t seen any snakes, but I am not taking any chances.

When the day came for the Great Rattlesnake Roundup, I picked up my Franchi Affinity shotgun and put on my big girl panties…well, not in that order, but you get the picture.  When we started, I loaded my shotgun with two shells, but I wouldn’t chamber a shell because I felt that I needed the extra step to catch my breath and be intentional.  I figured I would: 1.) see the snake, 2.) panic and freak out a little, and then 3.) get my crap together and set about the business of shooting it.  It was a plan I was comfortable with because, I knew that those big girl panties were probably not as large as I had been making them out to be.  Sigh. 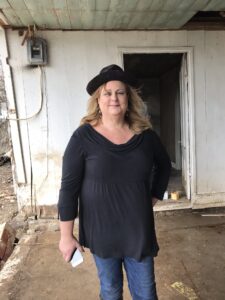 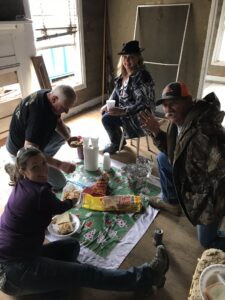 Beverly was one of the main reasons that moving back home was so appealing.  I had known her all my life and she did “granddaughter stuff” for my grandparents while Jerry and I lived too far away to do them.  She loved them dearly.  She took care of them by visiting them and driving them to doctor appointments.  Little did we know that we would lose this sweet angel in only a few months.  I will always miss her, but will also treasure the too few moments we shared during his crazy time. 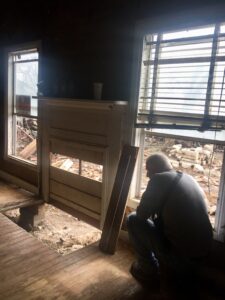 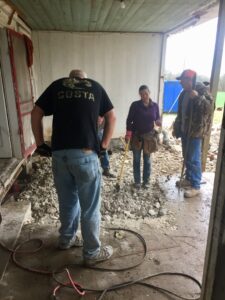 On this day, though, we had our A Team: Don, Beverly, Jackie, Jacob.  We were all ready to participate in the Great Rattlesnake Roundup.  The generator was started.  The shot gunners took their positions.  Jerry started jack hammering away.

No snakes fled.  No shots were fired.  I couldn’t believe it and I must confess that I was a bit disappointed.  I was so ready to do this.  I was ready to show them who was boss.  I was ready to face my fears and shoot them.  As it turned out, there were no snakes under the slab.  The shot gunners got tired of waiting and we all took turns using the 75-pound jackhammer and picking up chunks of concrete.  Not quite the exciting Great Rattlesnake Roundup  I had envisioned.