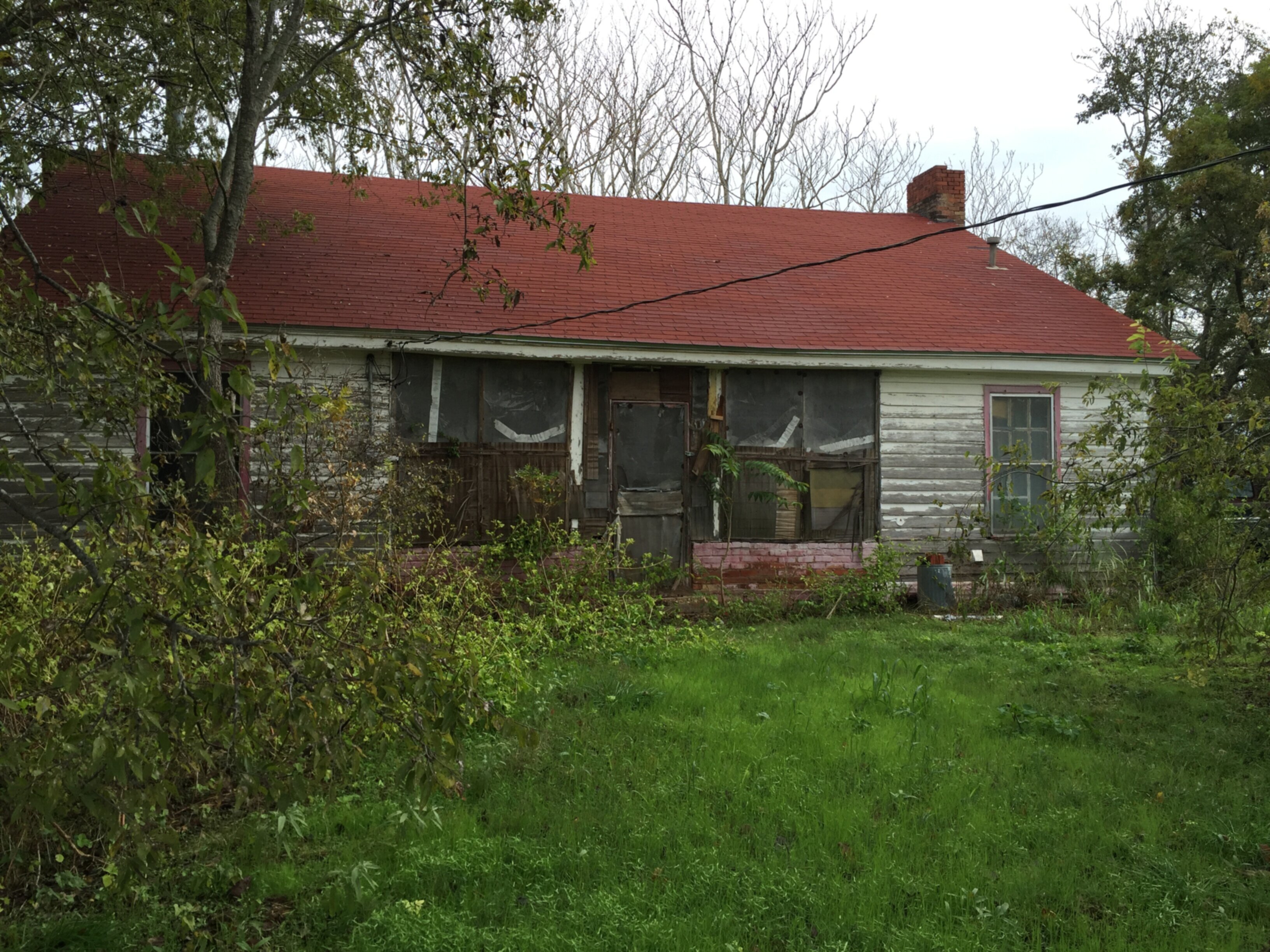 Built on Hopes and Dreams

Little hope, but lots of dreams. When my husband and I got married in 1986, he was in the U.S. Navy and we left the next day heading from Texas to Florida to his new duty station in Orlando, Florida. My Buick Regal was loaded down with clothes and wedding gifts we thought we needed to set up our new home.  There was little hope that we would be moving into our dream home when we arrived.

On our drive to Orlando, we could afford a one-day stop in Natchez, Mississippi to tour the antebellum homes there. It sounded romantic and historic. We were all grown up and married and dreaming of a dream home for us.  I loved old houses and the antebellum homes in Natchez were a far cry from the homes typical in my area of Texas.  I thought I would get ideas for a dream home here.

We toured five or so houses in Natchez. The antebellum homes on the Mississippi River tend to be fancy. Lots of detailed carvings in the wood work, plaster ceilings, over the top furnishings. It was a far cry from my parents often renovated 1970s rancher in Texas. These houses, I thought, were the perfect place for a new bride to get great ideas. Ideas like “clutter is fun to dust” and “the more square footage, the more you get to vacuum. Dumb, dumb, dumb.

We married on Saturday, drove to Mississippi on Sunday, toured Natchez on Monday and arrived in Orlando on Tuesday night. In a small motel in downtown Orlando, we ordered a pizza to be delivered and spent the night browsing available apartments in the little gas station magazines and newspapers.

By noon on Wednesday, reality had set in.  We had signed a lease on a furnished one-bedroom apartment and our married life began. This home would be the first of many during Jerry’s 20-year Naval career. We are presently living in house number 29 in 33 years of marriage. It isn’t something I would recommend for everyone, but it has worked for us.

I saw a lot of houses in 20 years…28 to be exact. And while I could never have imagined that future, I was still trying to fit my future into the typical mold I had seen. People get married. They live in an apartment or a starter home and then upgrade to a house they live in until they die.  If they are lucky, it is their dream home.  The Navy had other plans for us.

We were in for the adventure of a lifetime. Countless boxes. Strangers coming in and packing up all that we had and then trying to fit everything into a different floor plan and trying to reuse decorations originally purchased for different houses.  I have lost count of how many shower curtains we own.

I learned to have basic arrangements that went with pieces of furniture. For example, the antique stained glass lamp went on top of my great, great grandmother’s pie safe along with her picture, and a terracotta spaghetti canister we bought in Italy. Above this hung a watercolor of the Pantheon we purchased in Rome. It worked and it made putting the house back together after a move easier and faster.

As we got older and had children and moved and moved and moved, we learned a lot about what we wanted in a house. I love historic (kids say old and creepy) homes, but they require a lot of upkeep. That is something that, as Jerry and I get older, I know I don’t want to deal with broken down systems.  There would have to be a lot of renovation before I would feel comfortable. I love being in the country. Subdivisions are not for me. There are a lot of pluses to being close to civilization, but after living in the Navy’s fishbowl, I appreciate the space and privacy.

But, again, we have learned a few things. We owned 28 acres in Virginia and designed a yard that had about three acres of manicured space. That. Was. Too. Much. To. Deal. With. As we get older, I don’t think I want to spend that much time in the yard, out in the Texas heat. I want to travel and not be bound to our yard, or animals, or…you get the point.

Still, we were not interested in returning to our first home, a one-bedroom, furnished apartment. What would our dream house look like? Had we learned anything from the other 28 homes that would help us find our “forever” dream home? Actually, yes. We had learned a lot, knew ourselves pretty well and were able to make some pretty amazing decisions. The first was the memory of our honeymoon and how much I loved old houses.

Growing up, my grandmother was the family genealogist. It is an addiction that I have inherited (obviously along with a wild imagination). When I was young, she told me about our family history. My grandfather’s family had immigrated from Scotland in 1852 and settled in Texas were we all still lived. I was in LOVE with the idea of travel and of the romance of Europe. If they hadn’t immigrated, I reasoned, I would still be living somewhere in Scotland. Someplace infinitely more exciting than where I was.

The home that they purchased in 1852 was nearby and Nana would occasionally drive by it. She told me that the cousin living there was crazy and that I was never to stop or even slow down to take a picture. If I ever approached the door, she assured me that he would greet me with a gun. All meant to dissuade me, but it all just served to add to the mystery of the place.

Fast forward 40 years or so. Jerry and I were almost empty-nesters, with only one of our four children remaining at home. It was time to think about a forever house. And my love of history, old homes and impossible tasks lead to a proposal so audacious nobody believed we had actually done it.

My grandmother passed away, freeing me to make contact with the cousin who owned the house. We met him in the nursing home where he was residing (and not at the house where he had access to guns!). He passed away soon after we met him and so we had no opportunity to discuss purchasing the house.

This tactical error on our part set the stage for a three-and-a-half-year stressful romp through legal proceedings and administration of estates as the cousin had never married, had no children, and had left no will.

Meanwhile, the house seemed to be targeted by every storm that rolled through the area. High winds, driving rains, and flooding – the house continued to weather it all, but I was so certain that it would fall down before we had a chance to save it. Jerry and I couldn’t believe that it was still standing when I first showed it to him.

The house had not been cared for in decades. The last occupant, my cousin, was a hoarder and a recluse. The house was full of trash and rats. So many rats, in fact, that the floor was covered with rat poo and the rodents had made nests in every drawer of clothing, every bed, and every piece of upholstered furniture. They had chewed through wires and doors. People familiar with the house told us that the cousin had turned snakes lose in the house in order to help control the rat population. Great.

We purchased the house on January 2, 2018 and began the long road to making it our home. This is our story in all its glory. Every win, every tough decision, every bickering fight we two exhausted DIYers had. It was the best adventure ever and one that continues as we are not finished with the renovation nor have we even started on the yard…don’t get us started on the fiasco that is the yard. We can talk about that adventure when the grass dies back down and it’s too cold for the snakes to be out and about.