Up Before the Chickens

The first unhappy chirps began before 4:30am.

Izzy wasn’t happy and she wasn’t inclined to keep that information to herself.  Jerry got her up and took her into the kitchen.  She was hungry.  Must be a growth spurt.  At any rate, when he exited with her, John Warren looked up and said “Pop Pop?” and then he was up in spite of my valiant efforts to convince him to go back to sleep.

What this meant, in the long run, was that today was hard.  On all of us. 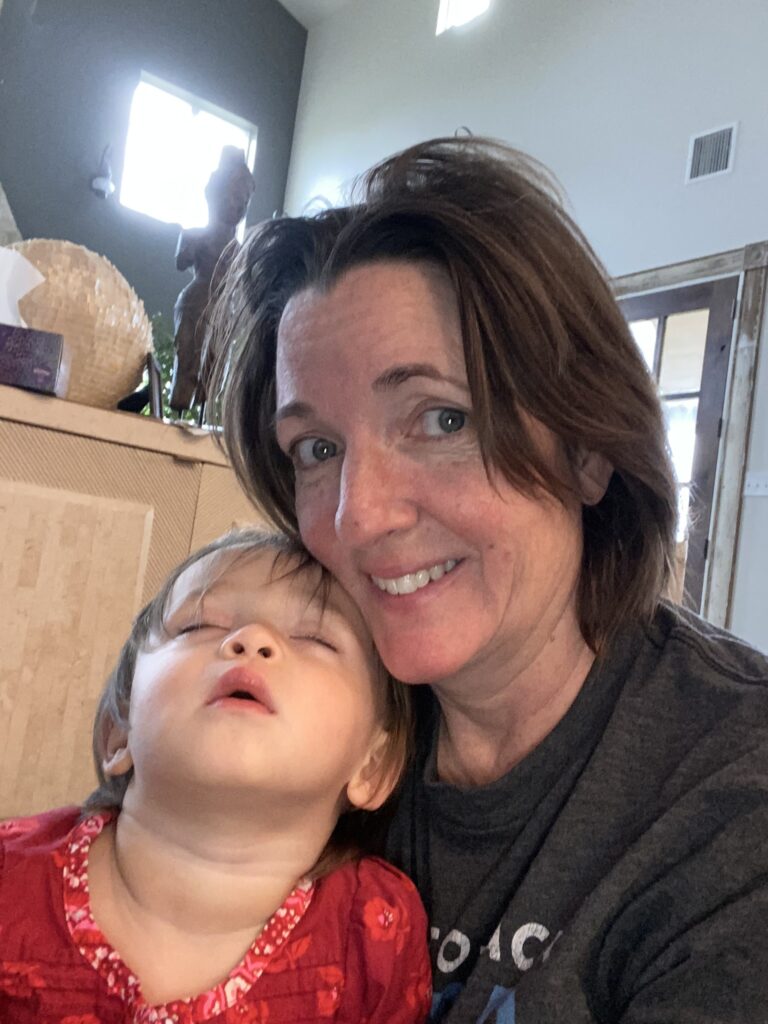 While watching Paw Patrol, Izzy needed a lap.  That would be me.  She sat there for a few minutes until she fell asleep sitting up.  You can tell that the morning has been difficult.  To determine just how difficult, look at my hair.  I don’t think I have brushed it yet in this picture, but I am also pretty sure that rolling around in the floor with the babies didn’t help.  Thank goodness they don’t care what I look like and that Jerry was busy working on a little project I will tell you about in a second. 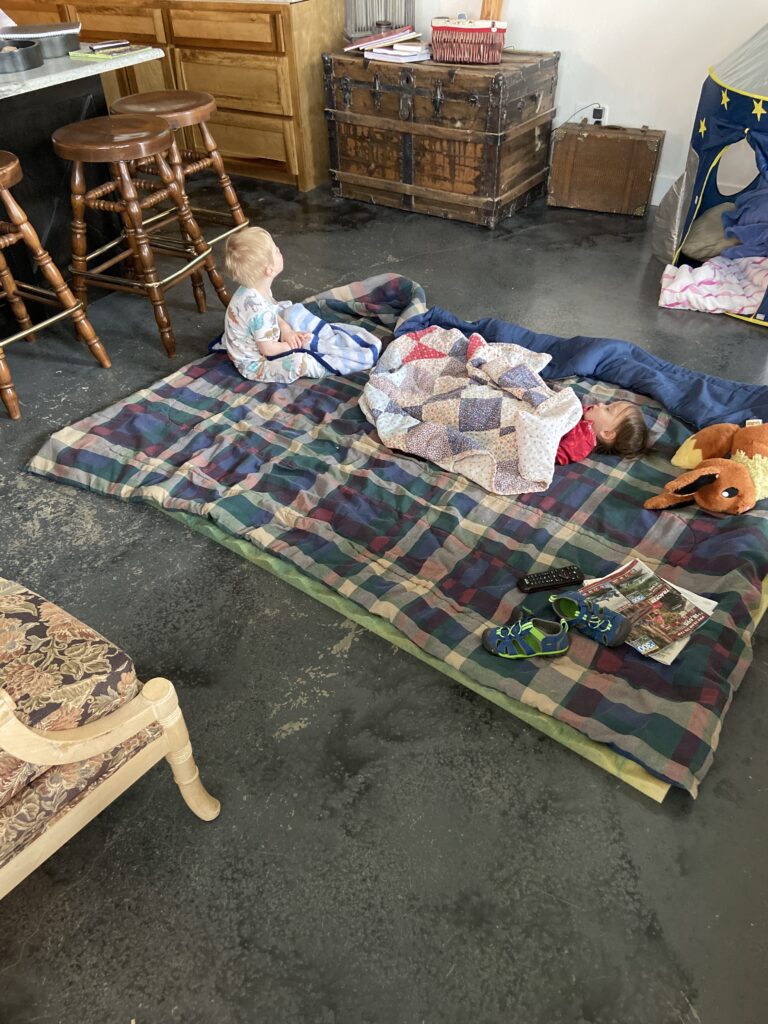 Notice that JW is still watching Paw Patrol.  Izzy is down for the count.  This is at about 9am. 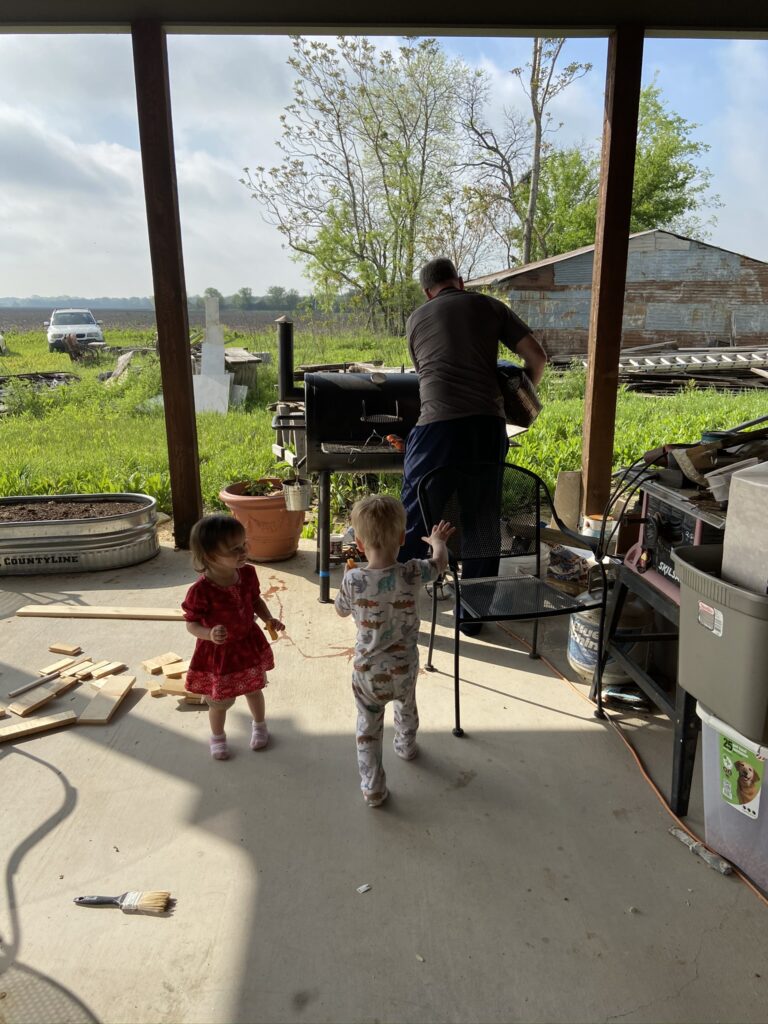 Izzy woke up in time to help Pop Pop and JW with the brisket.  If you don’t have an electric pellet smoker, I would highly recommend one.  So easy, even babies can use one.  HA!  Actually, Jerry has enjoyed cooking on his and everything turns out great.

Another benefit was that the kids smelled like dinner all day.  I had a few “Hansel and Gretel” moments this afternoon especially in light of… 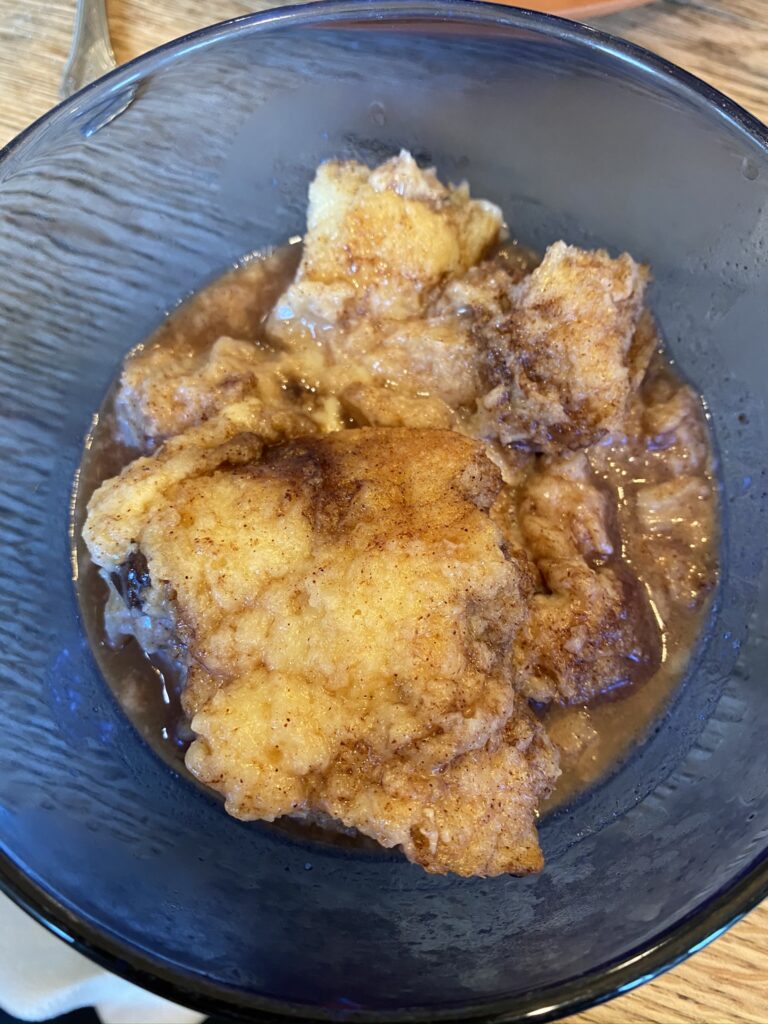 Somebody didn’t want to take an afternoon nap and it became a battle of wills…JW against Jerry and me.  We won eventually, but really everyone was better in the end because a two year old who gets up before 6:30am and doesn’t nap isn’t going to be much fun in the late afternoon.  That would have been awful and would have ruined a very nice dinner and that would have been a shame because the brisket turned out great and I made dessert.

The bread from a couple of days ago didn’t all get eaten and I made bread pudding.

I was rewarded when Jerry 1. took a photo of his bowl and 2. told me it was better than his Granny’s bread pudding.  Y’all.  I teared up when he said that because Jerry loves his granny as much as I loved my grandmothers.  He always talks about his Granny Burch’s bread pudding as one of those mystical things from childhood, never to be recreated let alone topped.  I really did almost cry, but then again, I had been wrangling babies for more than 12 hours at this point.  Whether it was exhaustion or if it was really a good bread pudding, you can find the recipe here.

We have terrific friends who have reached out to make sure we are doing alright.  One of my former students sent me a message last night checking in on me.  It is incredibly sweet to be living in isolation and be more connected than usual.  Thank you, Internet.

Two packages arrived this week that brightened our lives.

Debbie sent us a cute gift.  She came and stayed with us last summer for a few days.  I hope she comes back soon since she gave us a five star rating. 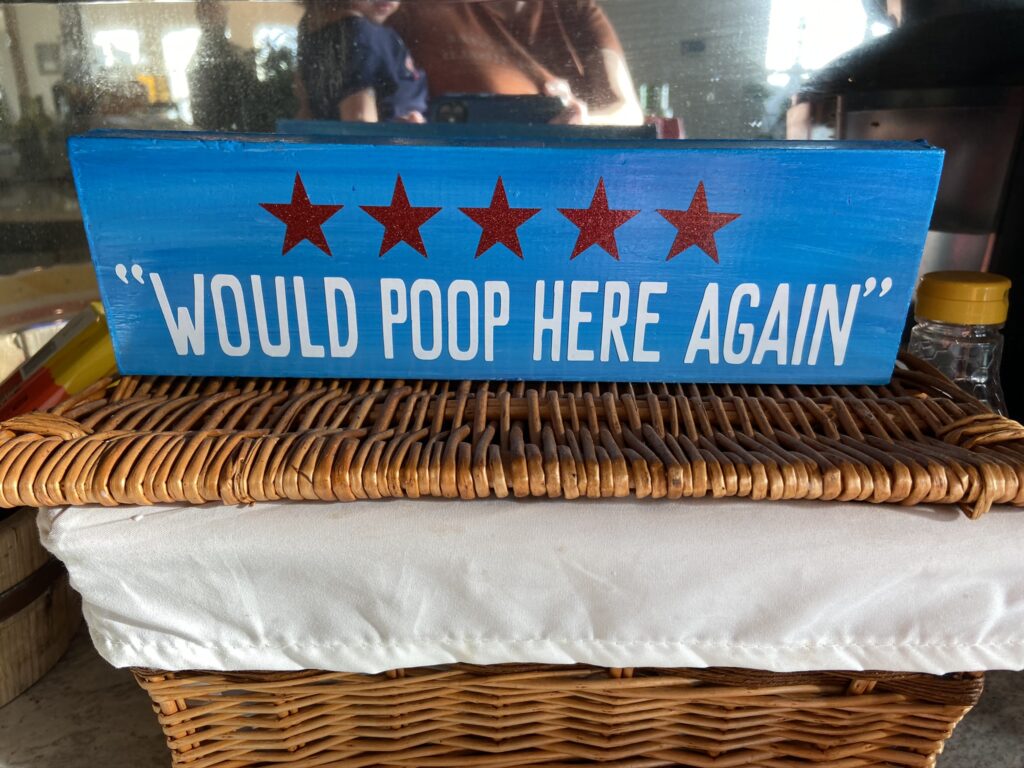 Ken and Susan sent a very practical and timely gift.  Jerry used it tonight.  How did they know there was a brisket on the smoker??? 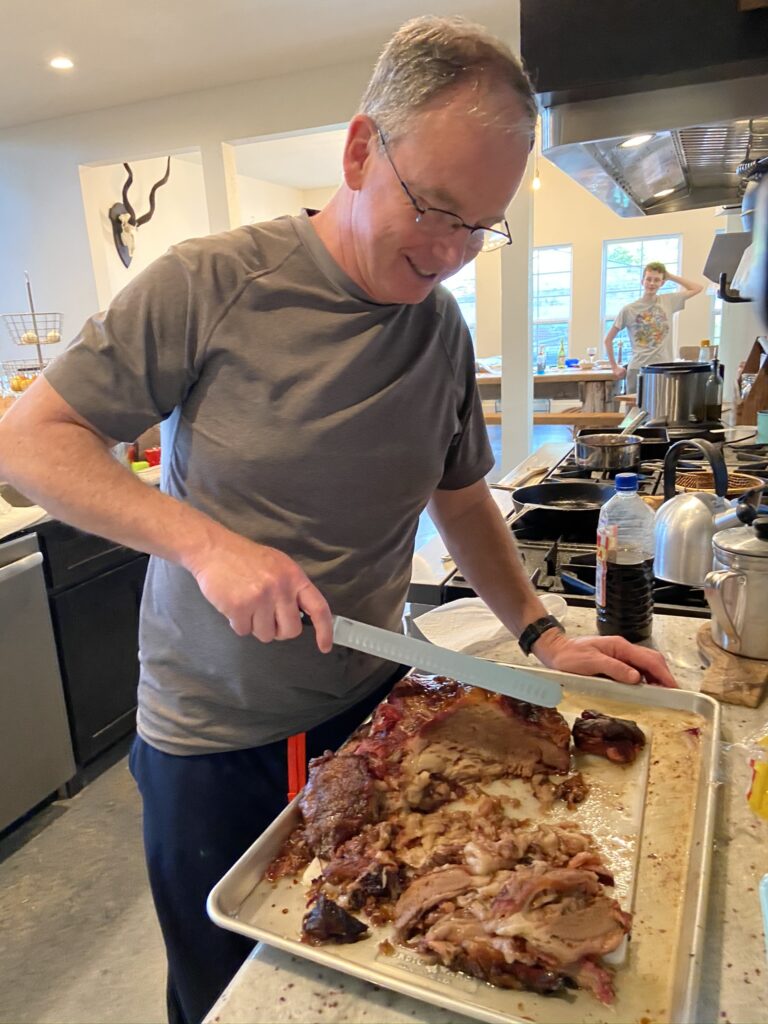 Our (not so little) Project

Jerry and I were asked to develop a leadership curriculum for the orphaned and vulnerable children world by a non-profit organization that operates in that space.  We were supposed to be kicking this off at the Christian Alliance for Orphans’ conference in May.  Of course, that conference has been cancelled, but the need for leadership help has only increased with the pandemic.  Jerry is pulling out key bits from and adding to our curriculum that specifically pertains to leadership during times of crisis.  It is an honor to be able to help these individuals who help to protect and serve orphaned and vulnerable children.  Their stories are heartbreaking and if we can do one small thing that helps, it would be so lovely.

Please pray for us as we finish these projects and deploy them into the Orphaned and Vulnerable Children (OVC) world.

It Was a Good Day

It really was a good day…just a really long one.  The kids ate dinner like there was no tomorrow (something I suppose I shouldn’t say given the condition of the world) and showers after dinner were fun and full of laughter and splashing.

Y’all take care of each other.