On March 17, instead of celebrating St. Patrick’s Day, Jerry headed north to get our grandson.  I headed south to get our granddaughter.  I don’t know what it is about times of uncertainty, but when things like this happen, I want my babies with me.  John and Beth are working from home.   Jillian and Mike are basically doing the same.  One daycare had closed, giving no warning to parents…the other was days away from making a similar decision.  Jerry is teaching online for the foreseeable future and so it made sense for us to have the babies.

We told the parents we wanted them for two weeks and then we would see where the world was at that point.

The Funny Thing About Babies…

The funny thing about babies is that they prefer Paw Patrol to any news channel on TV.  That is a blessing because Jerry and I will hunker down and watch more than we should in an attempt to make sense of the world.  Most of the time, we get conflicting reports that we compare with other sources.  We sit and discuss what is most likely the truth and then make our peace with the world.

That would almost work with this outbreak of COVID 19, but is doesn’t quite fit.  For one thing, everyone is looking at China for data.  I don’t have a lot of faith that China is an honest agent and so I am skeptical about anything that starts with “Based on the numbers from China” or “What what we know from China…”   And I am concerned.  How long is this going to last?  Who all is going to get sick and how are they going to fair?  What is society going to do?  By that I really mean, how crazy are we all going to act and what impact is that going to have?

I don’t know the answers to any of that and I can’t tell you how much that bothers me.  Like a good Southern woman, I am going to defer to Scarlett O’Hara.  Maybe I’ll just think about it all tomorrow (or whenever I feel that I have enough information to actually think with!)

But the babies don’t know that there is anything wrong in our world.  They are here, together, playing and fighting at their grandparents’ house.

Our mission is to keep them healthy and safe, but to also maintain their faith that all is right with the world.  We are here at White Rock, hanging out.  I am going to share what we are doing.  All the funny things those babies do.  Y’all are welcome to read along and, hopefully, find something to smile about during these stressful times. 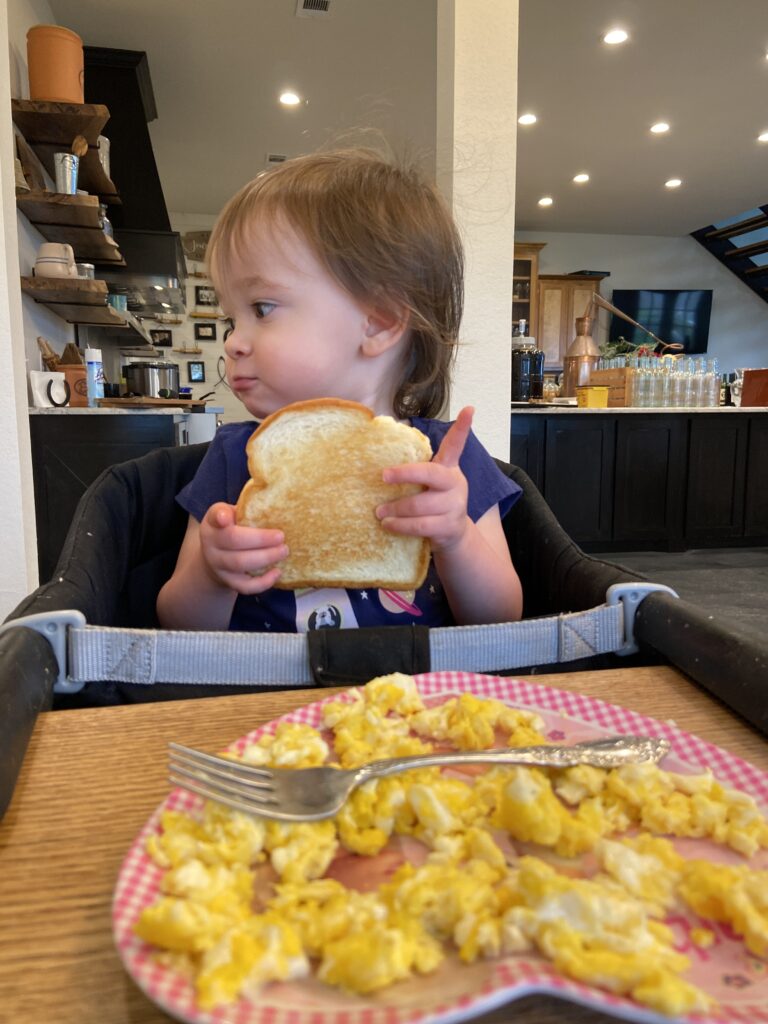 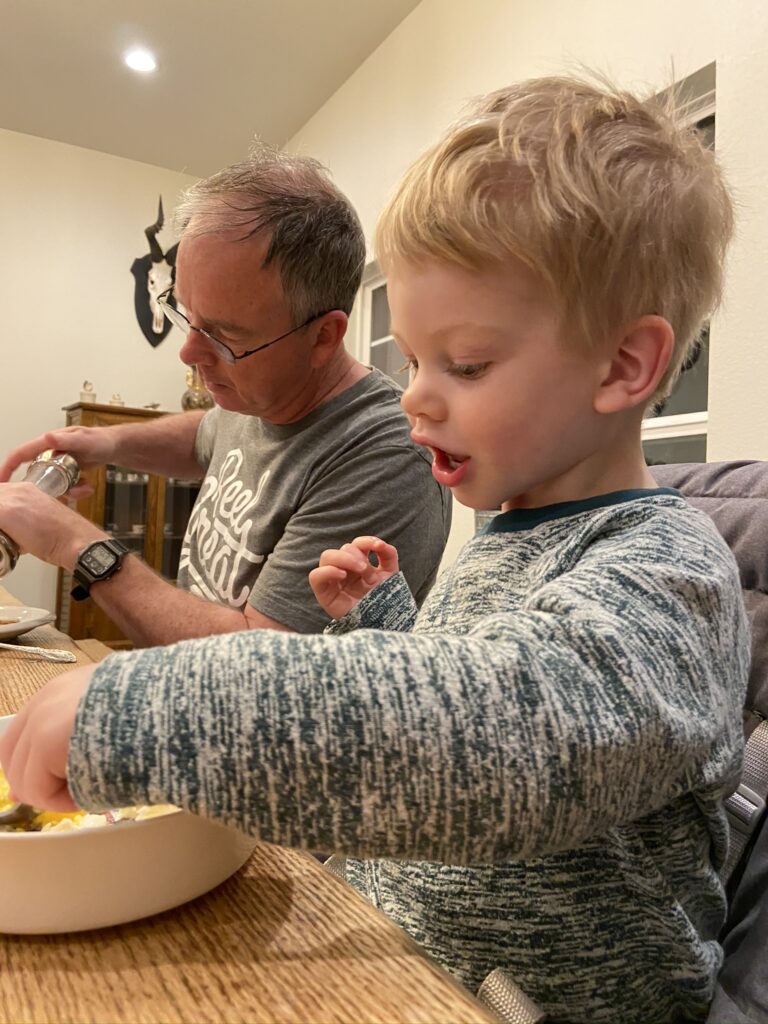 We planted a little garden.  It was a great chance to get outside and get dirty. 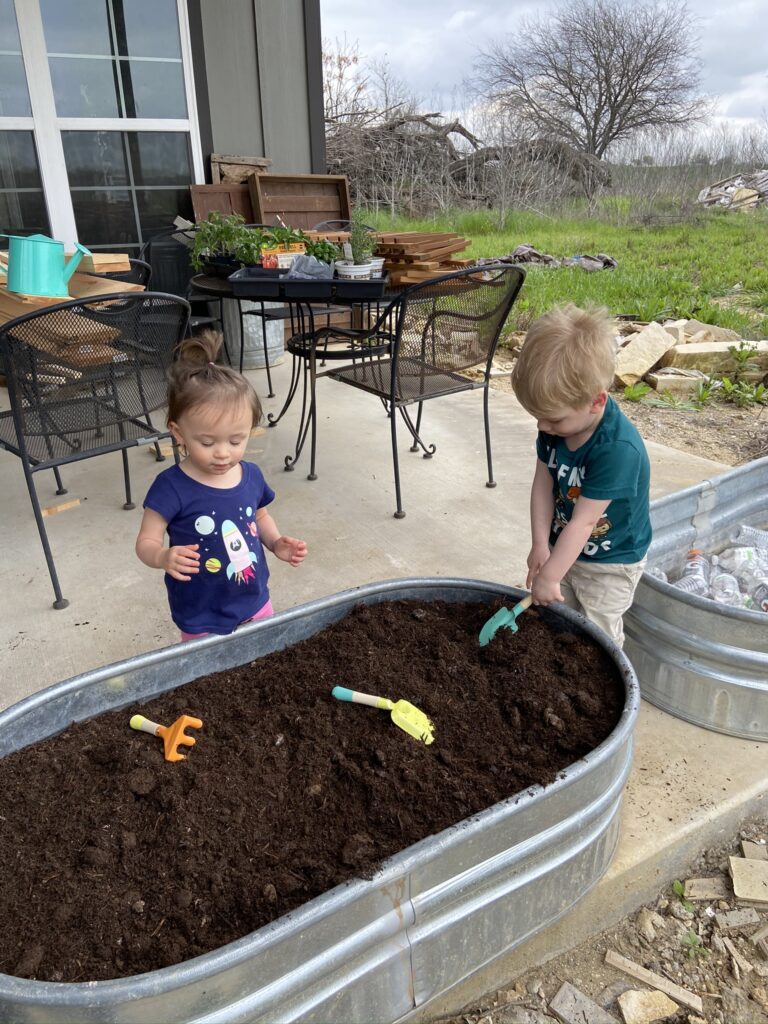 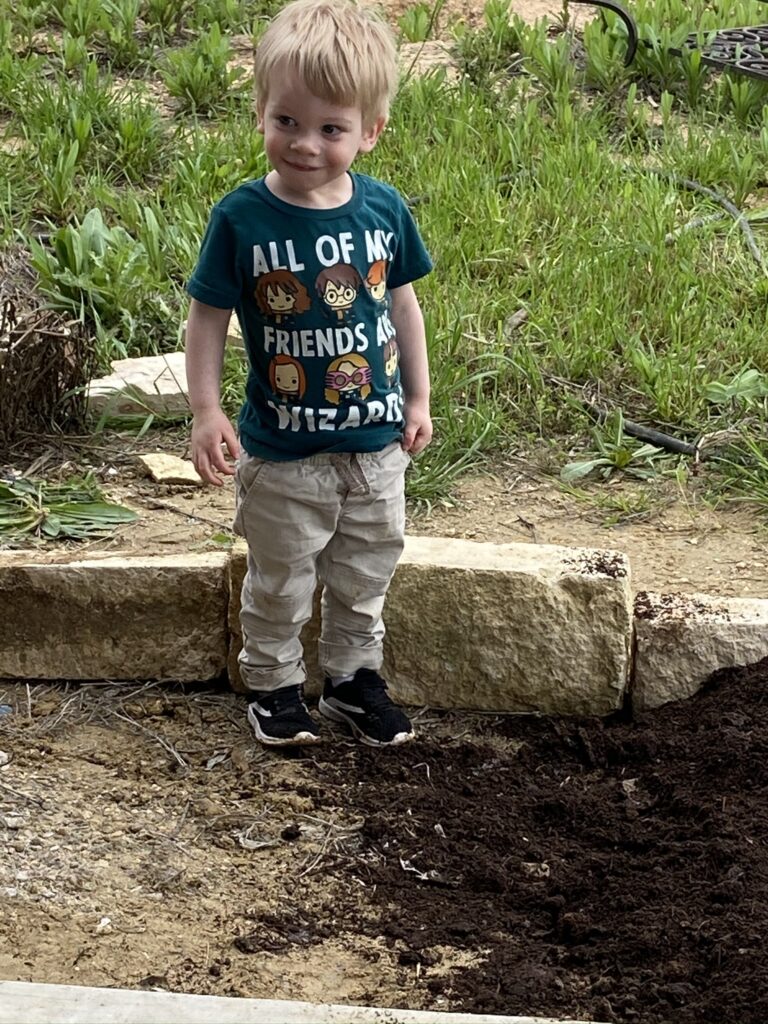 You can tell that the little darling above LOVED the dirt.  He kept saying “It’s so nice!” and playing in it.  He was a riot.  However, he started getting a bit over-enthusiastic with his dirt work skills and that resulted in the porch being liberally sprinkled with dirt.  It also meant that his little cousin, who wasn’t as thrilled about getting dirty, had dirt in her hair.  Check out the look she is giving me below.  The flying dirt thing had just happened…. 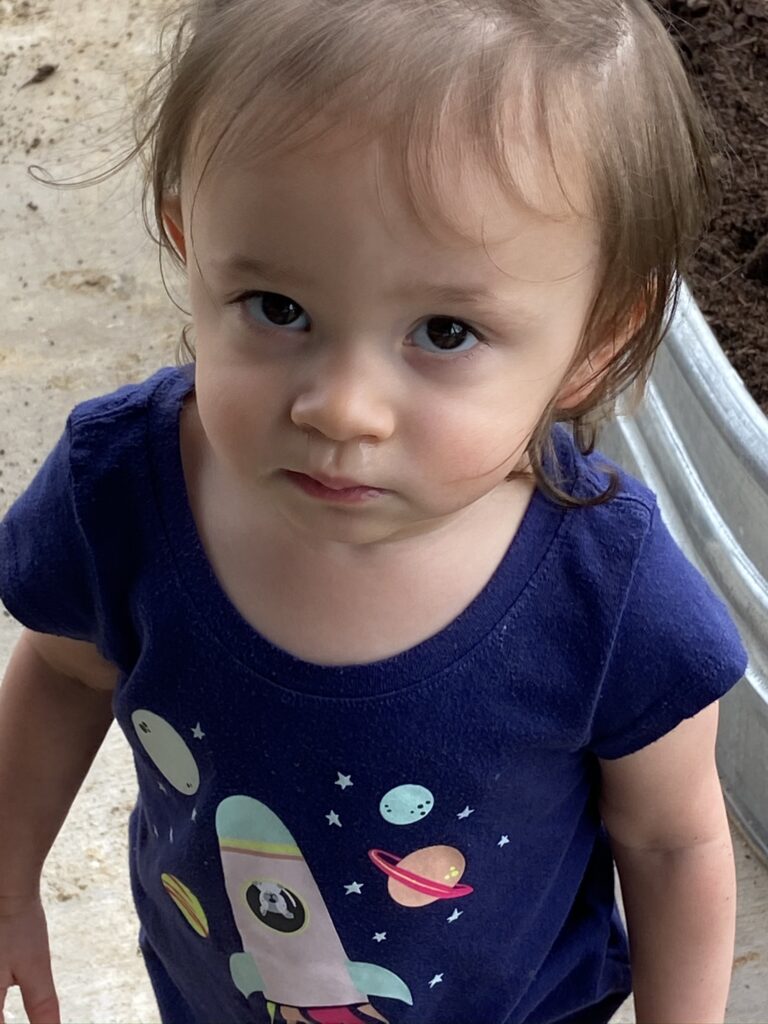 They decided that they were going to run away.  They told us goodbye, gave us air kisses (and a few real ones), and said goodbye to the baby chicks.  They would go to the back door (which was locked) and would come back in to start the process all over.  This probably went on for 10 minutes before someone realized that it was getting dark and refused to leave the rooms that were lighted. 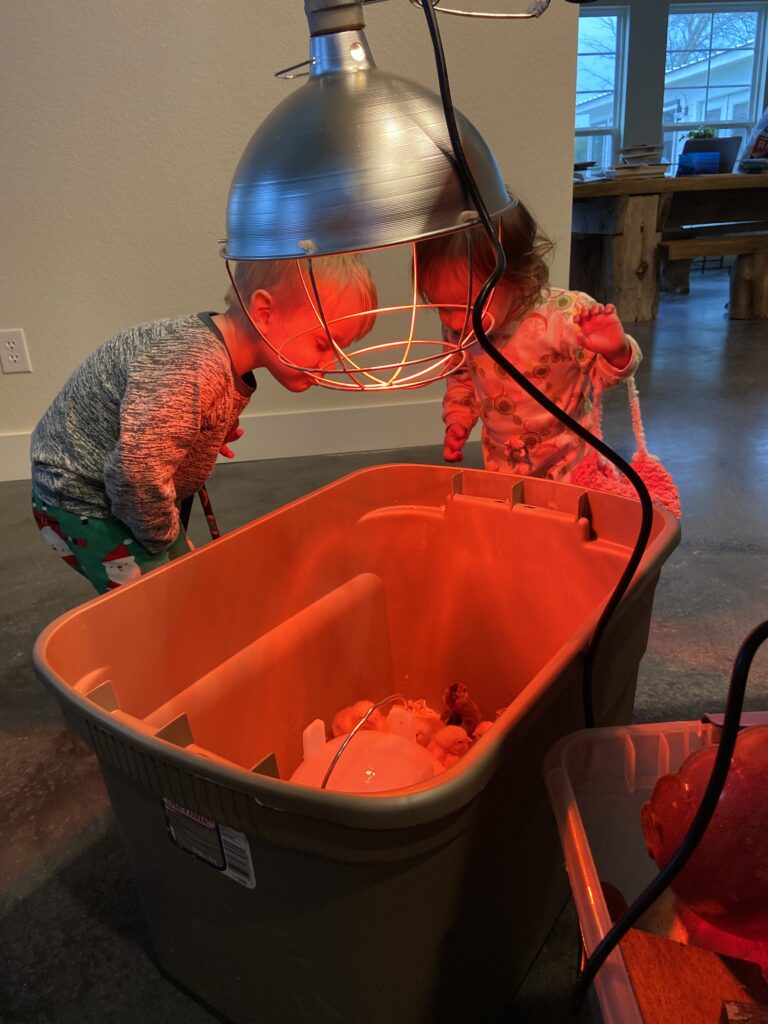 This is them saying goodbye to the chickens.  Notice she has a purse and he has a guitar strapped on.  Listen, when they decide to go, they grab what is important.

I can’t wait for the next adventure with these two.