John S. Marmaduke  and Walker get into an altercation…really a difference of opinion over a battle strategy and they end up dueling.  Walker is wounded and dies.

I have taken the opportunity of writing you a few lines to let you know how I’m getting along.  I’m well at present.  There’s nothing new here I believe the boys from White Rock are well our horses looks well too of the boys fought in camp this morning they were card playing I’m going to send the sum of 90 dols home to you too make youse of any way you to if you need it if not pay it over for my horse. I’ll send it home by a man from our company he has got a substitute.  His name is C.P. Bond.  He lives not far from John C. Barnes on Chambers Creek.  I saw John Patterson in Pine Bluff as we went up through.  He was in good health.  He is driving Majer general Walker’s staff wagons.  I’ve not saw Arch in a good while.  He was well the last time I saw him.  I would like to be at home now to get some milk, butter and eggs and flour bread for I’m tired of living on corn bread.  We are camped on Spring River, Arkansas in the northern part of the state.  We are going into Missouria before long.  We will have to fight our way throught.  We are under Marmaduke.  There’s 6 or 7 regiments of us.  The regiment that Bill Cample belong to is along Frank Crecy saw one of his men.  They told him that he deserted from matters there.  They sayed he bought a horse from a young man and left without paying him.  I don’t want you to say anything about it too anyone that would say anything about it.  You can still write to Little Rock for there are all ways someone coming to our regiment which will bring them to us.  Henry Harris is making up bread for dinner.  He says he is hungry and in good health.  I will to bring my letter to a close.

I have nothing more at present to relate.  I still remain your son, John Wood

I give my best respects to you and all and all the others.

I hope that this will find you all enjoying good health till I come home. 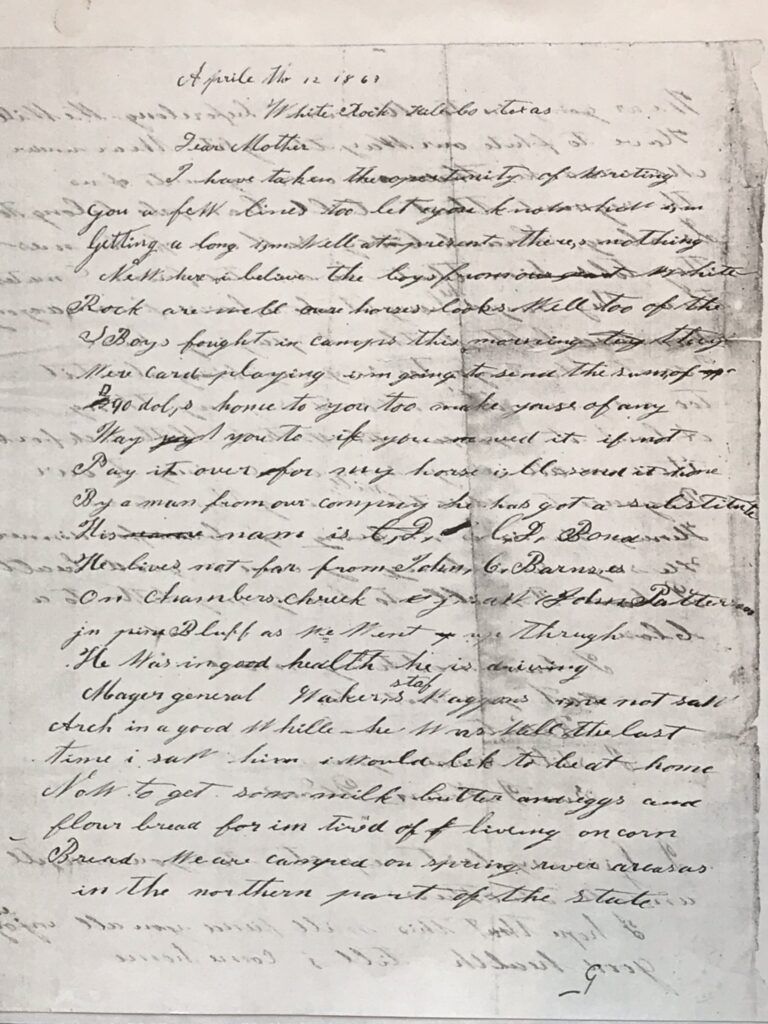 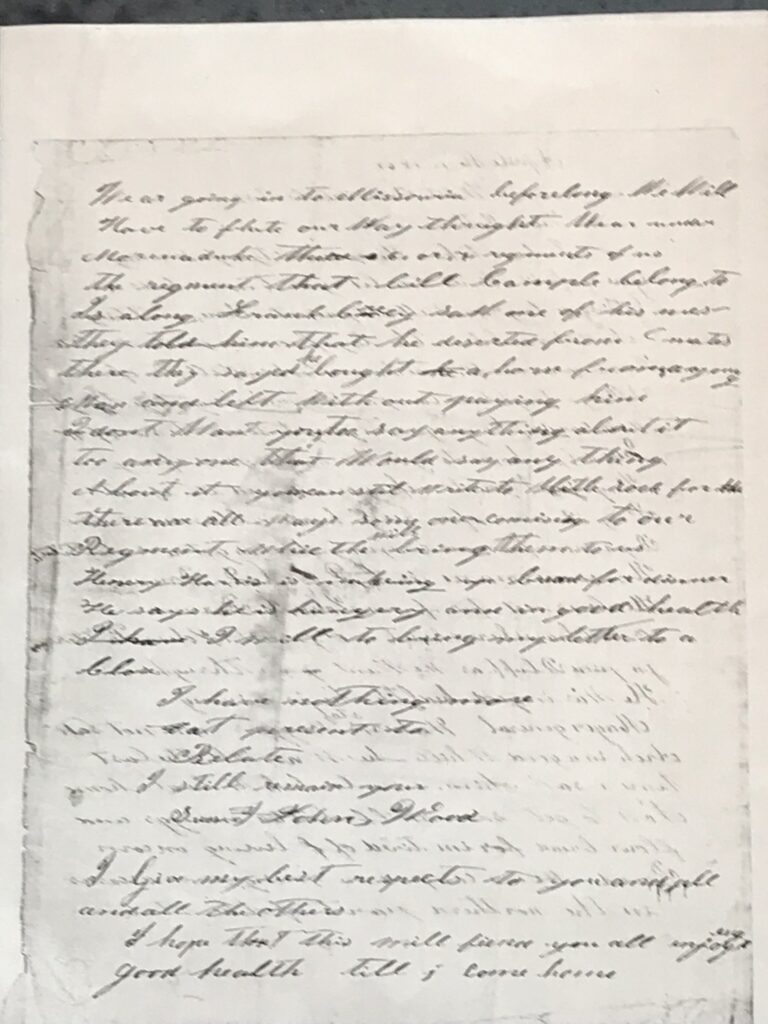