Connecting the Old House to the New Addition

When we purchased the old house, we knew that we were going to need to put an addition on it.  It was a tiny house (1100 sq ft) even with the porches enclosed.  And enclosing the porches didn’t really help us much as they basically added hallways and not rooms to the house.  Once we started the renovation project, we realized that the house was in need of a rest.  We planned to use the old house as gently as possible and made plans to add rooms that would be used daily (kitchen, laundry, bathrooms, etc.) in the addition.

How many times have I started a post with “I wanted”?  Add one more time to that tally.  I wanted the addition and the old house to be on the same level.  Jerry and I aren’t old…yet, but we have high hopes of being ancient one day while still living in this house.  No steps between the old house and the addition was my plan.  The foundation guys said to expect one or two steps.  Depending on the day, it was a step up or a step down.  I kept saying “no step at all” and they would just shake their heads. 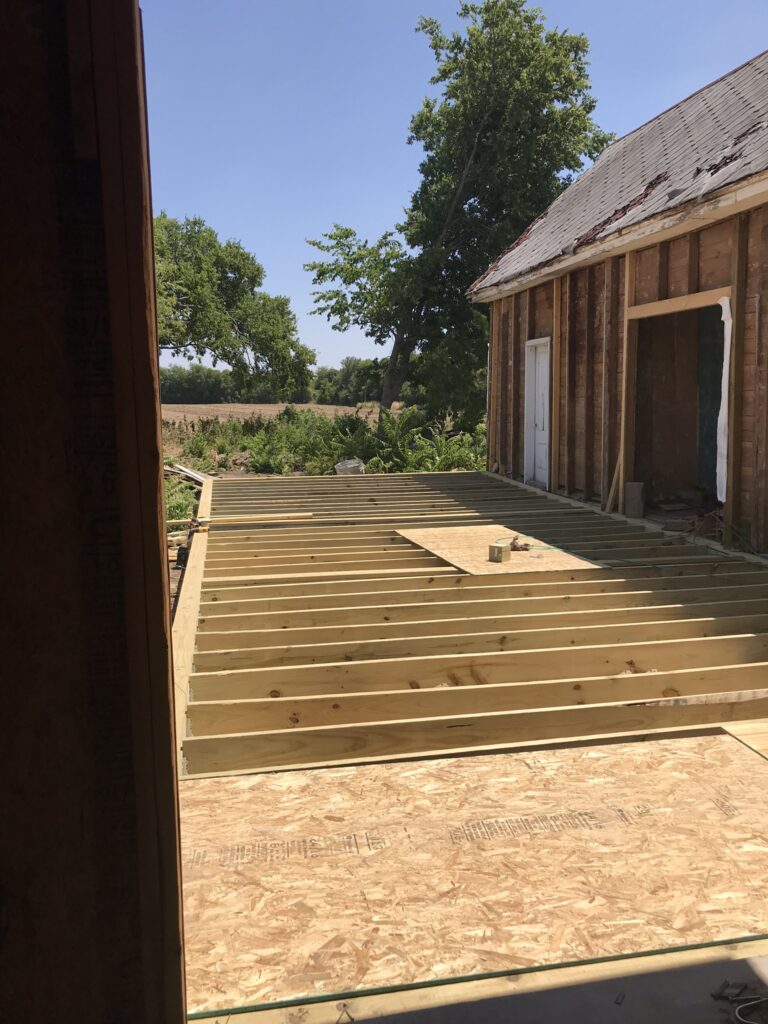 Because this was attached primarily to the old house, we mimicked the foundation.  That means that instead of pouring a concrete foundation, we laid cement blocks as footers.  Those were topped with sill logs.  Floor joists came next and then the decking.  It wasn’t a difficult process, but it was always a challenge to ensure it was square, level, and so on.  When we built the foundation, guess what?  The two buildings were level and needed to step up or step down.  Blessings all around! 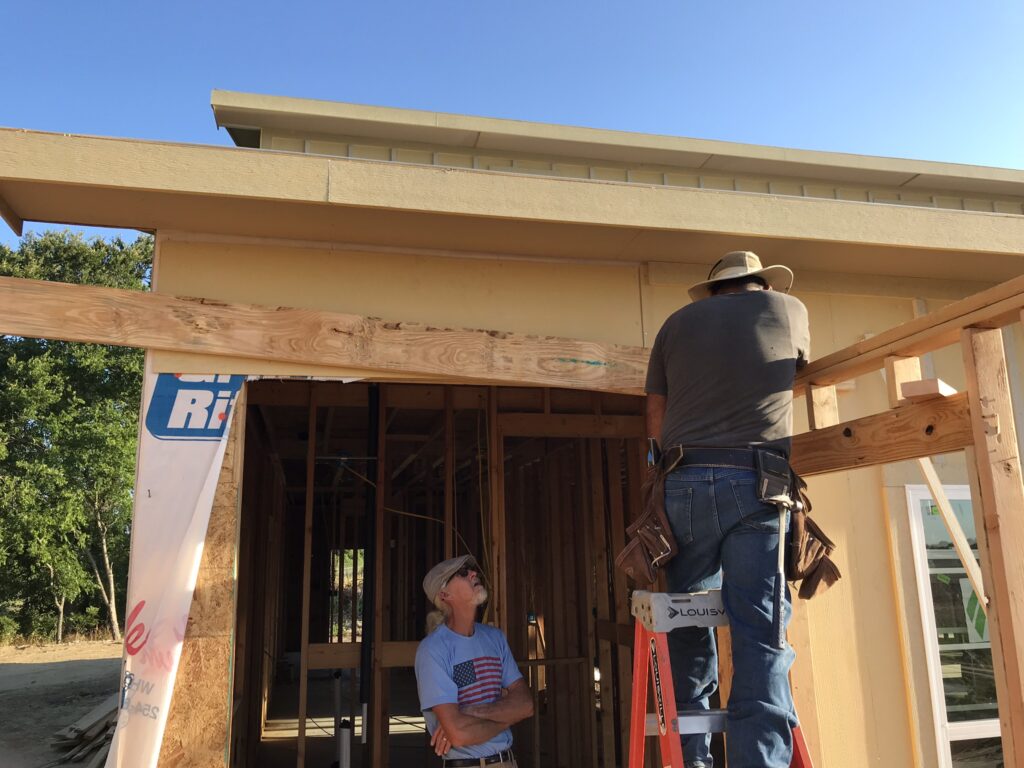 Mike and Baldo were almost finished with framing the addition and putting up the HardiBoard siding when we started building the room on the back that would bridge the gap between the old house and the addition.  We built the foundation on the back of the old house to match what was original to the old house.  That meant concrete blocks, sill logs, and floor joists.

I asked Mike and Baldo how much it would be for them to frame the room that connected the old to the new house.  I was thrilled that it was in our budget!  They managed it in two days.  I have a feeling we would still be trying to get everything to line up between the two structures.  Bang bang bang and the nail guns were silent.  The framers packed up and it was all finish work.  Yikes!!!

Getting Closer to Being Finished

Jerry calls this room the wormhole because when you walk through it, you travel through time.  In one direction, you are in 1846.  In the other, you are in 2019.  I get his point, but wormhole doesn’t sound very inviting.  However, wormhole will work.  The wormhole was meant to look like we had enclosed a porch that had been on the back of the old house.  We installed French doors that lined up with the doors on the front of the house so that when folks pulled up or drove by, you can see through the house like you could have back in 1846.