I have tried to not change the spelling John used when he wrote.  I find it charming, but there are times when his spelling makes it difficult to understand what he is trying to say.  There are several examples below.

Cape Jeradouk is, I believe, Cape Girardeau, Missouri.  There was a battle fought here just prior to this letter being written.  I think it is of this battle that John writes home to his mother about.

John writes that “we come down langelle”.  I don’t know what langelle is or if I even have the word correctly transcribed.  Another mystery for another day…

I would like to find out about the men he mentioned.  Again…something for another day.

I with the greatest of pleasure take the present opportunity of writing you a few lines to let you know how I’m, getting along.  I’m well at present and hopt this will find you enjoing the same blessing.  Our Briggade went to Mossourey under Marmaduke there were 4 briggades.  We went to Cape Jeradouk.  We fought there a half a day there.  We fought them a going there and coming from there about 12 days.  Federals report is 600 lost our loss 100, 50.  We come down langelle.  We got down here on the 11th day in the fore noon.  That evening about 4 o’clock we overtaken the federals.  Our company was in advance.  Of course our company had to fight them first.  Our boys did not get excited.  They taken aim like they were going to show some hogs.  The bullets cam as thick as hail, but a little too hye.  They kild no one that time a before we got out there was one man killed out of oure company.  His name was W.H. Parting.  One was wounded.  His name was James Anderson.  We are now resting oure hourses for another rade some somewhere but I don’t know where.  I will have to bring my letter to a close. 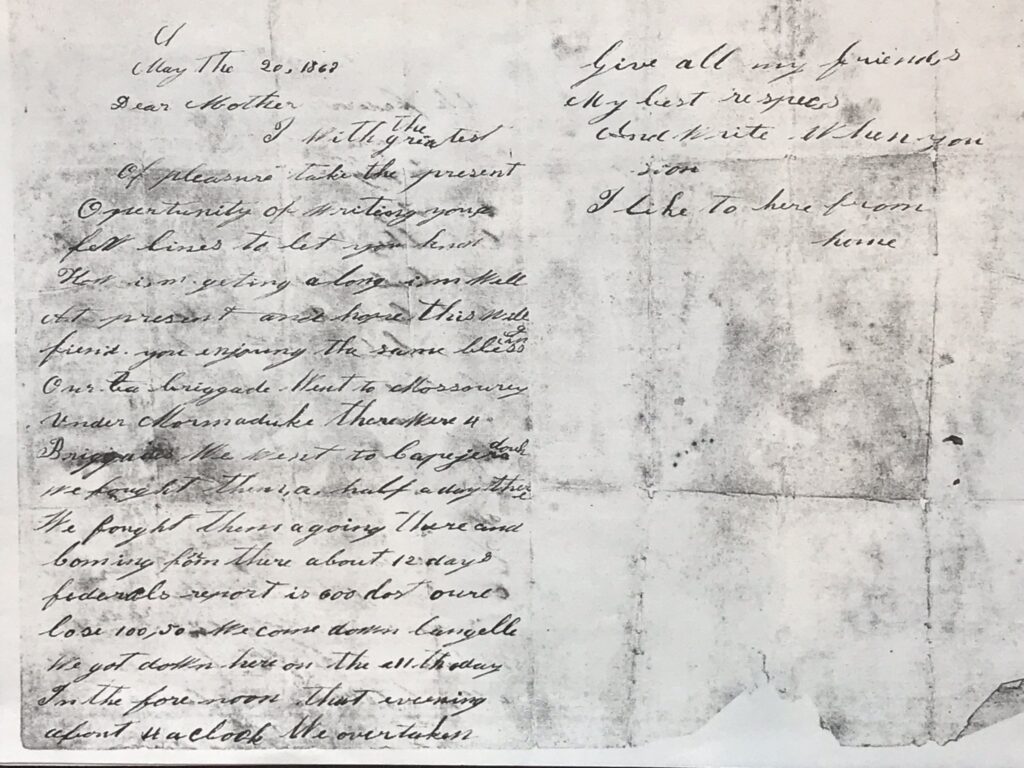 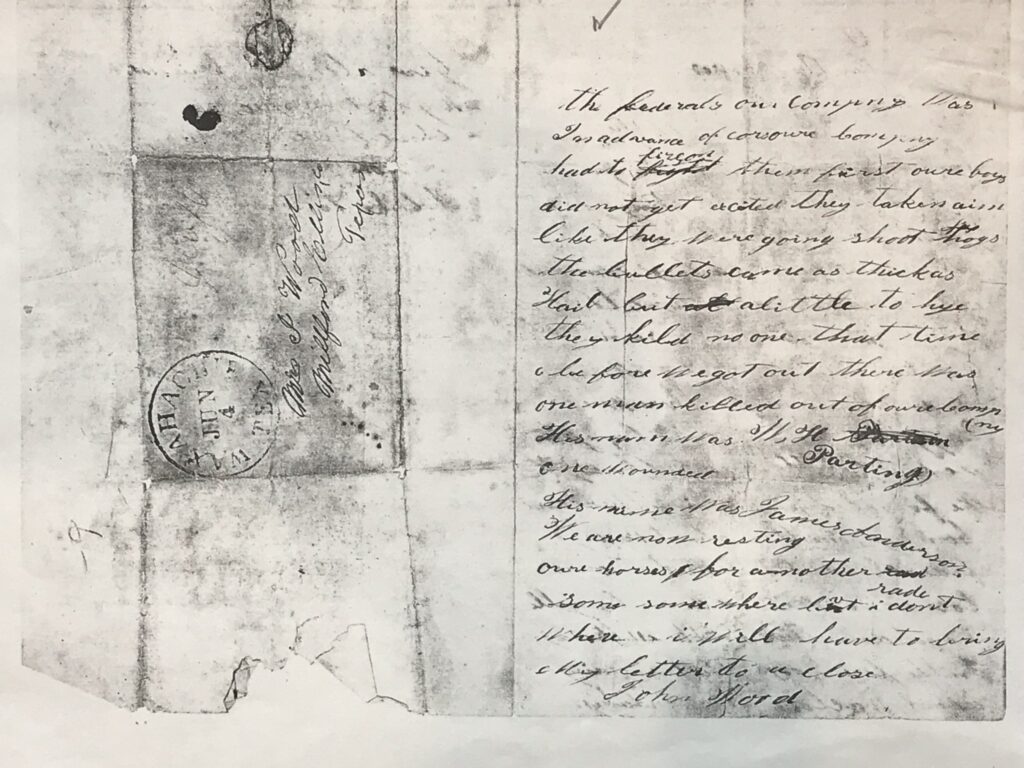